In his final days, beloved and ailing patriarch Miguel Angel de La Cruz, affectionately called Big Angel, has summoned his entire clan for one last legendary birthday party. But as the party approaches, his mother, nearly one hundred, dies herself, leading to a farewell doubleheader in a single weekend. Among the guests is Big Angel’s half-brother, known as Little Angel, who must reckon with the truth that although he shares a father with his siblings, he has not, as a half gringo, shared a life.

Across two bittersweet days in their San Diego neighborhood, the revelers mingle among the palm trees and cacti, celebrating the lives of Big Angel and his mother, and recounting the many inspiring tales that have passed into family lore, the acts both ordinary and heroic that brought these citizens to a fraught and sublime country and allowed them to flourish in the land they have come to call home.

There is a flair to Latin authors that I always find confounding yet fascinating. They have that uncanny sense of writing colorful narratives. It is in this respect that I was looking forward to Luis Alberto Urrea’s Pulitzer-Prize shortlisted work, The House of Broken Angels. As a matter of fact, I included it in my 2018 Books I Look Forward To. Luckily, I got to grab a copy of the book and was able to delve into it before the year end.

The de la Cruz family is your typical Mexican clan– enormous, colorful, raucous, and, well, tangled. At the helm of this sprawling clan is Miguel Angel de la Cruz, more popularly referred to as “Big Angel”. He is surrounded with is a bevy of children and relatives whose individual stories revolve around universes of feuds, slights, resentments and memories.

Slowly knocking on death’s door while secretly battling cancer, Big Angel organized a birthday party, summoning all the members of his extended family for one last gathering. But a couple of days before Big Angel can deliver his swan song, his mother passed away unexpectedly. This was hardly a blip as the story tailspins into a lore that goes beyond family and relationships.

“There is a minute in the day, a minute for everyone, though most everyone is too distracted to notice its arrival. A minute of gifts coming from the world like birthday presents. A minute given to every day that seems to create a golden bubble available to everyone.” ~ Luis Alberto Urrea, The House of Broken Angels

Big family gatherings as a primary plot device is a trite setup. Its prevalence in the world of literature nearly rings of blandness, making one question Urrea’s intentions. However, Urrea proved the naysayers wrong by breaking out of the mold, energetically filling the reader’s mind with his deep grasp of his ethnic background, imbibing it in every word and in every page. The book swelled with his wittiness and mirth.

On a technical perspective, the narrative’s nonlinear storytelling is one of its biggest achievements. The story’s tone and voice swirled as the perspective orbited amongst the various family members, giving an intimate peek to their innermost and most private thoughts. By rotating the stories, Urrea weaved the characters’ disparate voices into a harmonious yet cacophonous tapestry.

Urrea painted a kaleidoscopic fable of family life. He did not stymie any of the voices, rather he gave everyone an opportunity to be heard. “House”, to some extent, reminded me of a cruder version of Virginia Woolf’s nonlinear storytelling in Mrs. Dalloway. But of course, the English classic is by a mile a finer sample of nonlinear storytelling.

It is in the number of characters Urrea has conjured that one of the real challenges in the narrative arose. Keeping up with everyone and their thoughts can be a real mess; they mention nearly everything they remember. Whereas the novel is populated with a diverse set of characters, one can’t help but notice how it bordered on caricatural. The characters can be stratified into either macho and irreverent men, or sensual and fiery women.

“There were other things, though. There were always more details trailing any good story. Like tin cans on the back bumper of a newlywed’s car. Rattles and pings and wonderful small moments spinning in the wake of a great life.” ~ Luis Alberto Urrea, The House of Broken Angels

Urrea’s way with words is astounding. The novel did not only dazzle in its wit and humor. Urrea also displayed a great ability in awakening the senses through the power of words and descriptions. He uncharacteristically and unexpectedly pounded with verve that I inevitably found myself drawn into the narrative.

As the words flowed, my olfactory senses were aroused by the scent of Mexican food; my palate drooled at the mere mention of food; and my body swayed to the pounding of the mariachi beats. The scents, the beats, the colors all converge for a flamboyant display of true Hispanic culture and flair. The interjection of colloquial Spanish was an indicator of the intermarriage of culture. It acts as an added music to what has already been a lyrical prose.

The novel takes a dip into the situation of many Mexican immigrants in the US, especially in the time of President Trump’s proverbial “Wall”. It highlights every immigrant’s search for the quintessential American dream. Both subjects are fine on their own, however, the novel also digresses into a wide array of subjects. It stretched itself too thin by spreading into a little over 300-pages commentaries about religion and forgiveness, redemption, feminism and homosexuality, physical and drug abuse, and intoxication. However, the beauty of the story lies in the redeeming force of love and family.

“Families came apart and regrouped. Like water. In this desert, families were the water.” ~ Luis Alberto Urrea, The House of Broken Angels

Luis Alberto Urrea drew in from his past to relate the story which is roughly based on the death of his eldest brother. Just like his experience, the story branched out into different sides, and ultimately what Urrea conjured was a bedlam of a house dipping on family values and cultural identity in the Trump era. Moreover, its take on the dynamics of Hispanic family life made the narrative shine.

The story is not altogether perfect (the energy with which the novel begun started tapering as the novel draws to a conclusion), but the writing is promising. It is sprinkled with humor, wit, and even sadness that lingers. It is a roller-coaster ride that brings you to crests and troughs. Urrea possesses that rare and uncanny ability of drawing his readers in, of arousing their senses. 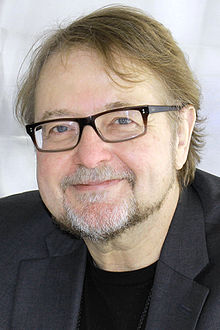 (Photo by Wikipedia) Luis Alberto Urrea was born on August 20, 1955 in Tijuana, Mexico. In 1958, his family moved to South San Diego in the hopes that Urrea would recover from tuberculosis in the United States.

Before pursuing a career as a writer, Urrea first served as a relief worker in Tijuana before working as a teacher aid in the Chicano Studies department in San Diego’s Mesa College. He also part-timed as a film extra and columnist-editor-cartoonist for several publications. He also taught in different schools such as Harvard University, Massachusetts Bay Community College, University of Colorado and University of Louisiana at Lafayette.

Urrea is currently living in Naperville, Illinois, USA. He is currently a professor of creative writing at the University of Illinois at Chicago.