It’s the second day of the week! It’s also time for a Top 5 Tuesday update. Top 5 Tuesdays and their topics are brought to you by Shanah @ the Bionic Bookworm. Do check out her blog, she’s got an awesome one. For the list of topics in March, click on this page.

This week’s topic: Top 5 Authors from U to Z 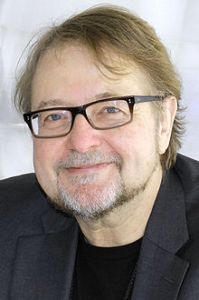 U is for Luis Alberto Urrea (Photo from Wikipedia)

I don’t have much of a choice for letter U so I am settling for the only author with a surname starting with letter U. I first came across Luis Alberto Urrea when I was searching for 2018 Most Anticipated Releases. Because of the positive feedback, I included his latest novel, The House of Broken Angels. Overall, it was a good read as it fuses Latin culture and contemporary America.

V is for Mario Vargas Llosa (Photo from LaRepublica.pe)
V is for Ocean Vuong (Photo by Celeste Sloman for the New York Times)

Okay, I know, I am picking two authors again for one letter. It is just that I cannot seem to make up my mind. Both authors did impact me in different ways.

Let’s start with another Nobel laureate in Literature (I think I have a score of them in this series). I would have never heard of Mario Vargas Llosa had I not started doing must-read lists. So far, I have only read one of his works, The War at the End of the World, but because of my wonderful experience with this historical piece, I bought two more of his works. I am looking forward to exploring more of his world.

Ocean Vuong is another author who I’ve encountered while looking out for books to include in my yearly (2019) books I look forward to lists. I never regretted including and reading his debut novel, On This Earth We’re Briefly Gorgeous. It was a heartbreaking letter of a son to his mother. What struck me was Vuong’s fine marriage of poetry and prose. Despite the gloomy atmosphere, it was a lyrical and memorable read. 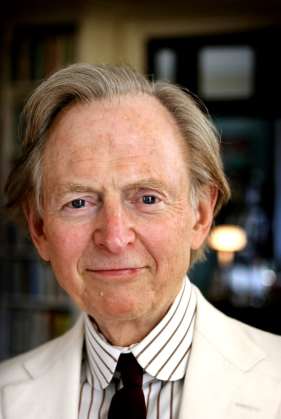 Yes, two entries again for letter W since I also cannot make up my mind. And uncannily, their surnames sound the same and are almost spelled the same as well. Haha!

Tom Wolfe is an author I’ve discovered while scavenging book resellers during my university days. I was compelled by his interesting book titles; I bought them even though I barely had any iota on who Wolfe was or what his works were. These works, A Man in Full and The Bonfire of Vanities, were some of the wittiest and most comical books I have read.

Who’s Afraid of Virginia Woolf? Or so the famous line goes. Although I kept on hearing about Virginia Woolf, it wasn’t until 2018 that I read my first ever Woolf. This feminist work, Mrs. Dalloway, is a literary tour-de-force, a book that one will never get tired talking about. It is also the reason why I want to further immerse in her other works. I have an omnibus of some of her best works but it’s too heavy so I bought individual copies.

I am leaving X blank as I have not read the works of any author whose surname (or even first name) starts with this letter. 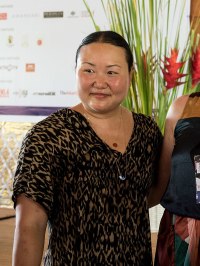 Y is for Hanya Yanagihara (Photo from Wikipedia)

Hanya Yanagihara’s A Little Life is one of my most pleasant discoveries. I bought it bereft of any details on what it was but, just like Tom Wolfe, I decided to plunge into the unknown. And what a rollercoaster ride it was. Yes, A Little Life can be morbidly cruel but it is a powerful tale about love and its different form. Its sharp curve into mental health issues and sexual abuses makes it a memorable and interesting prose.

The Book Thief is a popular title because of its film adaptation. Behind this tale is German-born Australian novelist Markus Zusak. The book version of the movie is equally moving. It was not perfect but it did enough to capture any reader’s imagination. I am contemplating on whether I should explore his body of work further. Maybe. We’ll see.