Because of the allure of the book buffet, I found myself in the Scholastic Warehouse last April 21. To read more about my experience, click here. Here are some of the books I was able to scavenge in their book piles. 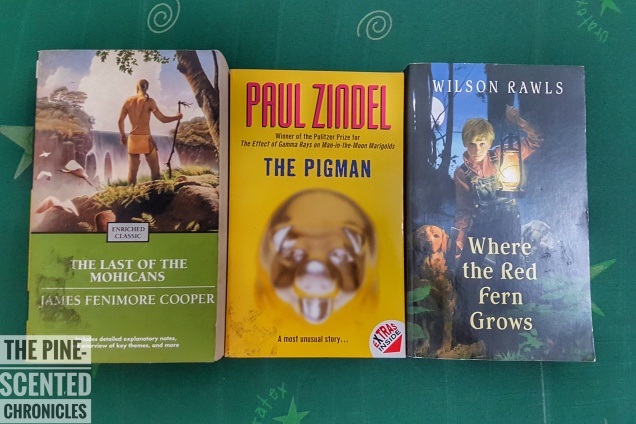 Title: The Last of the Mohicans
Author: James Fenimore Cooper
Publisher: Pocket Books, May 2008
No. of Pages: 516 pages
Synopsis: “The wild rush of action in this classic frontier adventure story has made The Last of the Mohicans the most popular of James Fenimore Cooper’s Leatherstocking Tales. Deep in the forests of upper New York State, the brave woodsman Hawkeye (Natty Bumppo) and his loyal Mohican friends Chingachgook and Uncas become embroiled in the bloody battles of the French and Indian War. The abduction of the beautiful Munro sisters by hostile savages, the treachery of the renegade brave Magua, the ambush of innocent settlers, and the thrilling events that lead to the final tragic confrontation between rival war parties create an unforgettable, spine-tingling picture of life on the frontier. And as the idyllic wilderness gives way to the forces of civilization, the novel presents a moving portrayal of a vanishing race and the end of its way of life in the great American forests.”

Title: Where the Red Fern Grows
Author: Wilson Rawls
Publisher: Laurel-Leaf, May 2001
No. of Pages: 249 pages
Synopsis: “Billy, Old Dan, and Little Ann – a boy and his two dogs.

Where the Red Fern Grows”

Title: The Pigman
Author: Paul Zindel
Publisher: Harper Trophy, 2005
No. of Pages: 166 pages
Synopsis: “When sophomores John and Lorraine played a practical joke a few months ago on a stranger named Angelo Pignati, they had no idea what they were starting. Virtually overnight, almost against their will, the two befriended the lonely old man; it wasn’t long before they were more comfortable in his house than their own. But now Mr. Pignati is dead. And for John and Lorraine, the only way to find peace is to write down their friend’s story – the story of the Pigman.” 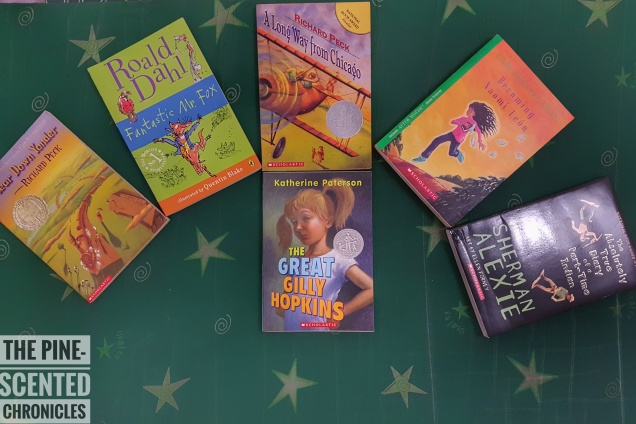 Naomi Soledad Leon Outlaw has a lot to deal with – like having the “funniest last name in the universe,” for one. Then there are her clothes (sewn in polyester by Gram), her difficulty speaking up, and her status at school as “nobody special.”

But according to Gram, most problems can be overcome with positive thinking. Luckily, with Gram and her little brother, Owen, life at Avocado Acres Trailer Rancho is happy and peaceful. That is, until Naomi and Owen’s mother reappears after seven years, stirring up all sorts of questions – and a whole lot of trouble. Soon Naomi finds herself on a whirlwind journey in a last-ditch effort to keep her family together. But will positive thinking be enough to save them?”

Title: The Great Gilly
Author: Katherine Paterson
Publisher: Scholastic, September 1995
No. of Pages: 148 pages
Synopsis: “Nobody gets the better of the great Gilly Hopkins.

Eleven-year-old Gilly Hopkins is famous for being brash, brilliant, and completely unmanageable. None of her foster homes has been able to tame her yet.

So when Gilly is sent to live with the trotters – by far the strangest foster family of all – she decides to put her brilliant mind to work. What she needs is a plan that will make her real mother rescue her so she can stop being a foster child once and for all.

But the rescue doesn’t work out quite the way Gilly planned….”

Someone’s been stealing from the three meanest farmers around, and they know the identity of the thief – it’s Fantastic Mr. Fox! Working alone they could never catch him; but now fat Boggis, squat Bunce, and skinny Bean have joined forces, and they have Mr. Fox and his family surrounded. What they don’t know is that they’re not dealing with just any fox – Mr. Fox would rather die than surrender. Only the most fantastic plan can save him now.”

Title: The Absolutely True Diary of a Part-Time
Author: Sherman Alexie
Publisher: Scholastic, 2007
No. of Pages: 230 pages
Synopsis: “Junior is a budding cartoonist growing up on the Spokane Indian reservation. Born with a variety of medical problems, he is picked on by everyone but his best friend. Determined to receive a good education, Junior leaves the rez to attend an all-white school in the neighboring farm town where the only other Indian is the school mascot. Despite being condemned as a traitor to his people and enduring great tragedies, Junior attacks life with wit and humor and discovers a strength inside of himself that he never knew existed.” 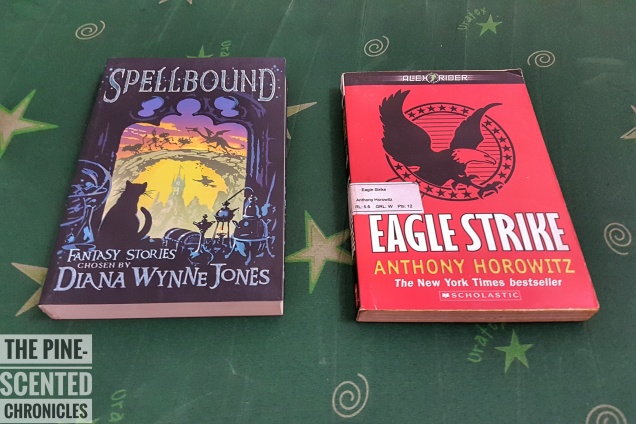 Title: Eagle Strike
Author: Anthony Horowitz
Publisher: Scholastic, January 2005
No. of Pages: 256 pages
Synopsis: “Sir Damian Cray: Millions adore him. He is a philanthropist, peace activist, and the world’s most famous vintage pop star. But still it’s not enough – not if he is to save the world. Trouble is, only Alex Rider recognized that it’s the world that needs saving from Sir Damian Cray. Alex has seen his share of evil masterminds in the short time he’s been an agent at MI6. But in the past, Alex has always had the backing of the government. This time, he’s on his own. Can one teenager convince the world that the most popular man on earth is a madman bent on destruction – before time runs out.” 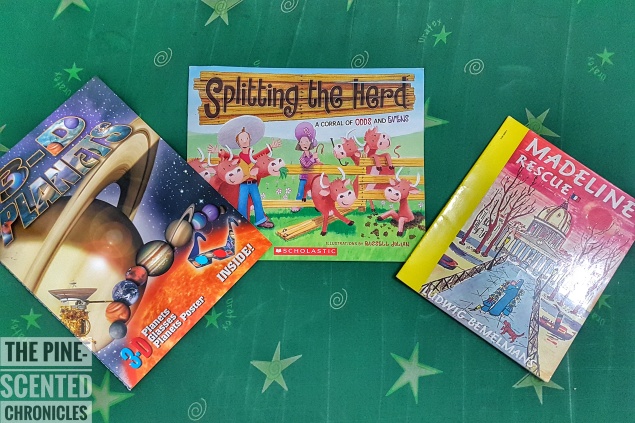 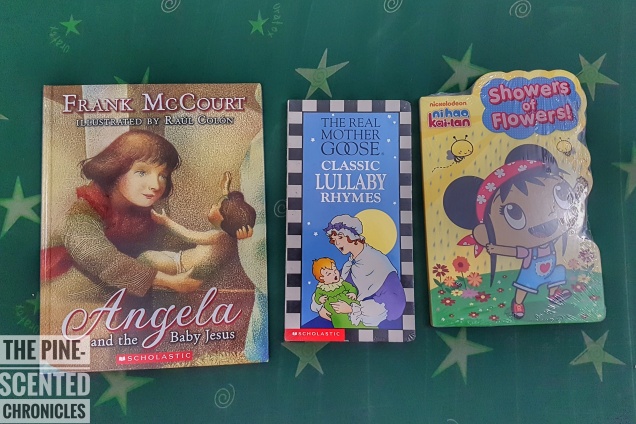