“Somewhere in South America, at the home of the country’s vice president, a lavish birthday party is being held in honor of the powerful businessman Mr. Hosokawa. Roxanne Coss, opera’s most revered soprano has mesmerized the international guests with her singing. It is a perfect evening – until a band of gun-wielding terrorists takes the entire party hostage. But what begins as a panicked, life-threatening scenario slowly evolves into something quite different, a moment of great beauty, as terrorists and hostages forge unexpected bonds and people form different continents become compatriots. Friendship, compassion, and the chance for the great love lead the characters to forget the real danger that has been set in motion . . .and cannot be stopped.”

Bel Canto is another one of those books that I keep encountering on list challenges. And just like nearly every book that I have encountered on these lists, I have not least inkling on what Ann Patchett’s book is about. I have never heard of Patchett before either. These list challenges has truly opened my eyes to the greater world of literature. With Patchett’s Bel Canto, I aim to sail on further with my own literary Odyssey which has officially began about three years ago. The book is Patchett’s fourth book and won both the Orange Prize for Fiction and PEN/Faulkner Award for fiction. To say it is quite distinguished is understating the book.

Loosely based on the Lima Crisis of 1996/1997, the book is about a group of foreign dignitaries and distinguished individuals who were held hostage by an unknown group of insurgents at the vice presidential residence of a fictional South American country. The gathering was for Katsumi Hosokawa’s birthday celebration. He is the chairman of a large Japanese company and an opera enthusiast. To ensure Hosokawa’s attendance, the famed soprano Roxanne Cross was invited to perform. But as the party was about to reach its climax, a group of armed insurgents broke in and held everyone hostage.

The female hostages were the first ones to be released. However, Roxanne Cross was not released in exchange for her injured male companion who had to be rushed for medication. Demands were then made. While some demands were met, some were not. The generals leading the insurgents were also unwavering and never flinched. Inevitably, the delayed response to these demands inevitably led to liaisons, both public and private amongst the hostages and hostage takers. The hostages began sympathizing with their hostage takers, making the book a classic portrayal of the famed phenomenon called Stockholm Syndrome.

To start of, I liked the way the story was written, and the overall concept, where terror and danger was mixed in with tender emotions and romance. Patchett did a wonderful job of weaving a wonderful story from seemingly horrifying turn of events. The underlying romantic overtones suited me and gave me reasons to keep on reading.

The line between good and evil has been blurred. The book leaves the reader on a moral impasse because the book depicted the insurgents on a more human level. They were portrayed as normal beings with ordinary qualms and demands. They demand change and reform, just like everyone does. This humanization makes it easier for readers to relate to the rebels and their principles. Furthermore, the way they treated their hostages makes one champion their cause.

However, I had apprehensions about the story. Although the story is based on an actual event, there was still a touch of unreality.  Some portions of the story were overly romanticized that it lacked a touch of reality. As I have mentioned, I did enjoy the romantic overtones but it was played to a hilt that it felt too much at some points. Where the reader expected intensity, panic and horror, he didn’t find one.

The pacing was also a little bit off. At the start, the story made my heart race due to the swiftness of action. Then it slowed down and then eventually kicked up a notch when the characters began getting involved with each other. Then it slowed down to a crawl again until that unfortunate ending. The ending was really anticlimactic. To be honest, I didn’t know about the book being based on an actual set of events but somehow I still wanted the story to end differently.

The characters, at first, were quite difficult to relate to. They were all too high, too mighty and too accomplished. However, when they began getting involved with each other and showing different aspects of their personality did I warm up to all of them. It was because of this that I was quite upset with the ending. I would have done away with the epilogue as well because it further ruined the overall story.

At first I really liked the story. I even looked forward to it a lot because of its inclusion in numerous list challenges. But I have to say I was disappointed overall. It was just too romanticized to a fault. Thankfully, music tied the story together. It is a universal language, after all. But the ending really did it for me. Saying that it is because of magical realism is just a sorry excuse to an ending that leaves the reader aghast. I get it that the author has artistic license, hence, she can write it the way she wants it to but that epilogue just ruined it even further.

Recommended for those interested in the situation of third world countries, in terrorism, and in Stockholm Syndrome. 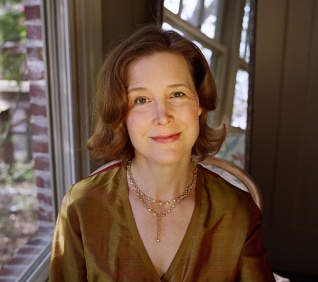 Ann Patchett was born on December 2, 1963 in Los Angeles, California to a police captain and a nurse. When she was six-years old, she moved to Nashville, Tennessee with her mother after her parents got divorced.

She studied at Sarah Lawrence College before attending the Iowa Writer’s workshop at the University of Iowa. While attending the Fine Art Works Center in Provincetown, Massachusetts, Patchett wrote her first novel, The Patron Saint of Liars. This was published in 1992 and was eventually made into a television movie in 1998. In 1994, she won the Janet Heidinger Kafka Prize in fiction for her second work, Taft. Her third novel,  The Magician’s Assistant, was published in 1997.

But her first major breakthrough was for her fourth novel, Bel Canto, which was a finalist for the National Book Critics Circle Award. It also won the PEN/Faulkner Award and the Orange Prize. Bel Canto was succeeded by Run (2007), State of Wonder (2011), and  Commonwealth (2016).

She has also written for numerous publications like The New York Times, The Washington Post, ELLE, and GQ. She also wrote a couple of non-fiction books. She is currently living in Nashville, Tennessee, with her husband.