The setting for these defeated lives is a mental institution. The teller of the story, a half-Indian and a long-time inmate, has made the most complete retreat from life of all of them; he will not talk, and he has fooled the staff into thinking he is deaf and dumb. But through his self-imposed protective fog he is an acute observer. His vision of the life around him seems to have a truth which is beyond the definitions of sanity or insanity. To him the world is run by an all-powerful “Combine.” The heart of the war, the “Big Nurse,” is the chief instrument of evil. She wields her insidious power over the men to destroy their wills and freeze them into mindless obedience.

Into this gray world comes McMurphy, a brawling, gambling man, full of spirit and a glorious lust for life. He is horrified by the docility with which the other men accept the rule of the Big Nurse and decides to fight her on her own terms. The battle begins, for him, as a lark – a way of winning the bets he has made with the men. And then, as he becomes more aware of the terrible dangers in it, and more committed to the others who have come to count on him for their own survival, his decision to go on is a heroic act of sacrifice and compassion.

Working with psychiatric patient does give a different insight to an individual. This seems to be the case with Ken Kesey who, before writing One Flew Over the Cuckoo’s Nest, used to work as an orderly at a mental health facility in Menlo Park, California. During this period, he got to interact and observe patients while at the same time voluntarily taking in psychoactive drugs as part of an experiment. These experiences influenced him in composing what most tag as one of the best novels of all times.

Set in an Oregon psychiatric hospital, the story is narrated by a half-Native American patient, the gigantic and docile Chief Bromden, who everyone thought as deaf and mute. Overlooking the facility’s day-to-day operations is Nurse Ratched, a domineering woman who lords over the institution with iron fist and resolve. The institution’s dynamics were running fine until the admission of Randle Patrick McMurphy. In order to escape from a prison sentence for gambling and battery, McMurphy faked insanity. Immediately, he made his presence felt by antagonizing Nurse Ratched, upsetting the once “harmonious” dynamics of the ward.

The book painted a vivid picture of the daily activities within mental facilities. However, the dramatic tension between Nurse Ratched and McMurphy is the story’s highest point. One is unstoppable while the other one is immovable. One wants reforms while one wants to hold on to the reins of control. One uses force to control and dominate while one is a cunning leader who used diplomacy and charisma to get everyone behind his cause. McMurphy would win most of these battles but Nurse Ratched had her small victories as well. These tension made the story more interesting.

One Flew Over the Cuckoo’s Nest is a relevant work that shone a light on the reforms needed by mental health institutions. Although it gives a peek into the organizations prevailing over mental health facilities, the novel’s biggest subject is reform. When the book was published, Civil Rights Movement regarding reforms in psychiatry and psychology were already being looked into. In its own way, the book exposed the bigger picture behind what one perceives. The book’s portrayal placed a microscope on situation that is barely noticed, highlighting the need for change that is overdue.

Beyond mental institutions, one of the central themes of the book is change and how everyone reacts to it. It was change that discomfited most of the patients, causing a clear divide. Some opposed the change, some welcomed it, while some were indifferent. Getting a group of mental cases to work as a unit is not the easiest job to do, even with a cunning leader like McMurphy. Nonetheless, he was able to create his own circle.

Another central point in Ken Kesey’s narrative is his humanization of mental health patients. Even though the patients are mentally disturbed, they deserve respect and sympathy. They were beaten down into submission by life, hence, they prefer the orderly facility over their tumultuous existence outside of its four corners. Paulo Coehlo’s Veroinka Decides to Die echoes Ken Kesey’s sentiments in One Flew Over the Cuckoo’s Nest. In a way, it also represented escapism but as the book showed, escapism is never the solution. Eventually, one’s past will  eventually catch up with him.

The book stirred controversy and scandal because of its vivid depiction of the daily life of mental health patients. But the book also deviated towards other contents that are of sexual and suggestive nature. These raised the brows of the conservatives who sought for the banning of the book. The presence of overwhelming male bravado made sexual allusions unavoidable. The subject of virginity, as always, was portrayed as a disease amongst the overwhelmingly male characters. Sexually deprived men do create an interesting case study.

On a more minute scale, the facility is a representation of society on a whole. Nurse Ratched is the embodiment of rules and law. She personifies Order but she is also control. She is governing a docile set of denizens who are more than willing to submit to her caprice. Those who get in the way of the institution are silenced and punished. But there are those are not going to be silenced. McMurphy is the quintessence of human spirit, breaking beyond barriers to show everyone that they always something better.

Ken Kesey did justice with the story he set out to relate. He handled the sensitive subject with brilliance and caution. The book is both insightful and provocative, touching base on subjects like lobotomy, sexuality and identity. It is more than about mental health because it is extensive in scope. Although it is laced with controversy and scandal, One Flew Over the Cuckoo’s made its mark among the literati from then until now. It is truly a staggering work that is recommended for all readers.

Not recommended for those who are easily scandalized by vivid writing and strong words. 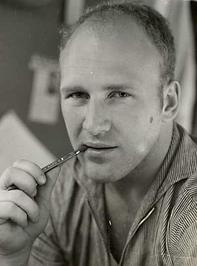 Before taking on the path of writing, Kesey was a champion wrestler and nearly qualified to the Olympics had it not been for a serious shoulder injury. He attended  University of Oregon School of Journalism and Communication and graduated in 1957 with a Bachelor of Arts in Speech and Communication. Post college, Kesey successfully applied for the Woodrow Wilson National Fellowship. He enrolled in Stanford University’s Creative Writing Center, where he frequently clashed with the Center’s director, Wallace Stegner. This didn’t stop him from receiving the prestigious $2,000.00 Harper-Sexton Prize for his first novel in progress, Zoo.

Kesey’s first novel first to be published, One Flew Over the Cuckoo’s Nest (1962), was inspired by his work at the Menlo Park Veteran’s Hospital. There, he encountered patients who were often under the influence of hallucinogenic drugs. Kesey also once volunteered to be a medical guinea pig for the CIA-financed study Project MKULTRA which studied the effects of psychoactive drugs.

Kesey’s other works include Sometimes a Great Notion (1964), Demon Box (1987) and Sailor Song (1992). Kesey married his high-school sweetheart Norma “Faye” Haxby and had three children. On November 10, 2001, at the age of 66, Ken Kesey passed away after not being able to recover from a surgery on his liver.

One thought on “Book Review # 39: One Flew Over the Cuckoo’s Nest”