When Jacob Jankowski, recently orphaned and suddenly adrift, jumps onto a passing train, he enters a world of freaks, drifters, and misfits, a second-rate circus struggling to survive during the Great Depression, making one-night stands in town after endless town. A veterinary student who almost earned his degree, Jacob is put in charge of caring for the circus menagerie. It is there that he meets Marlena, the beautiful young star of the equestrian act, who is married to August, the charismatic but twisted animal trainer. He also meets Rosie, an elephant who seems untrainable until he discovers a way to reach her.

So here I am again, devouring yet another period piece.

I first heard about Water for Elephants as a movie top-billed by Hollywood royalties Robert Pattinson and Reese Witherspoon. Back then, I had no inkling that it was a book adaptation until I saw the book on a bookstore. The cover and the title piqued my curiosity but I wasn’t too keen on availing a copy of the book. However, when I saw  a copy of the book on a second hand book store, I bought it. Unintentionally, it was left to gather dust until 2018 when I resolved to reduce my unread read list.

The story is narrated by Jacob Jankowksi, a 93-year-old Polish American nursing home resident. One day, while dining with fellow nursing home residents, he was provoked by the remarks of Joseph McGuinty. McGuinty said that he “used to carry water for the elephants.” Jacob accused McGuinty of lying because it is impossible to give water to elephants because of how much they consume. This argument led to Jacob’s flashback to the period when he was hired as a circus veterinarian during the Great Depression.

70 years earlier, while Jacob was studying to veterinary medicine at Cornell University, he lost his parents to car accident. Orphaned, he quit school and went wandering until he came across a traveling circus troupe, which hired him as their veterinarian. Getting into the thick of the action, he met the colorful members of the troupe. But there was one who instantly caught his attention, Marlena, the star performer and the wife of August, the head animal trainer. The story then follows their journey all over the United States.

“When two people are meant to be together, they will be together. It’s fate.” ~ Sara Gruen, Water for Elephants

The central theme of the story is the life if in the circle, something that is commonly portrayed in films but is rarely depicted in books, or at least in books that I have read. To the doting public, the circus performances are glittered with bravura, glitz and glamour. Each performance erupted in euphoria, with outstanding showmanship.  But beyond these breathtaking spectacles is a different reality marred by abuse, pain, and a load of issues that beset even the “greatest show.”

The biggest issue that has beset the circus troupe is the struggle for survival, especially as the circus tries to make ends meet. From this one issue arose even more issues that plagued the circus’ operations, nothing more eye-catching than the practice of redlighting. Moreover, because the circus employed differently-abled individuals, most of them were subjected to discrimination, both within and outside the circus.

But the biggest abuse depicted in the book is the cruelty and abuse towards animal. August brutally mistreats the animals in his care, particularly towards Rosie, the circus’ newly-acquired elephant. Rosie’s inability to understand his instructions further fueled his anger towards her. Sadly, such practices are still prevalent today and animal welfare groups are closely monitoring them. On a bigger picture, animals are widely viewed as devices for entertainment and how Gruen closed this subplot is satisfying albeit gory.

There was another theme that irked some readers when the book was published. Many of them criticized the book because they find the way the book dealt with sex a bit unsavory, even gratuitous. However, I didn’t find the sexual scenes jarring nor discomfiting. They were dealt with in a matter-of-fact manner and were just used as a tool to stir human emotions and experiences.

Although the story dealt in dark and heavy subject matters, there were parts that glistened in brilliance. One such aspect was how the story was related. The flashbacks gave a different complexion to the story. The transition from the past and the present wasn’t disruptive. Rather, it was brilliant because it illustrated the contrast between youth and aging. At the twilight of our lives, we can’t help but look back at our brightest days and the highest points of our lives.

“Age is a terrible thief. Just when you’re getting the hang of life, it knocks your legs out from under you and stoops your back. It makes you ache and muddies your head and silently spreads cancer throughout your spouse.” ~ Sara Gruen, Water for Elephants

On the downside, the plot was a little predictable. Beyond the pandemonium of the circus and animal cruelty, the book was simply a romance story. Gruen added her own spices to make the plot more interesting but it was still overwhelmingly familiar. Without these added elements, the plot would have fell flat and bland. If you remove the circus and its backstory, there was nothing that the story could anchor on.

But the biggest issue lies in the characters and how they developed. It was difficult to connect and relate with most of them, especially with Marlena. She is the stereotype of sidekick female. Her beauty is her trademark but beyond the striking beauty, she is shallow and lacked the attitude and the vitality that would turn the reader favorably towards her. She is more of a caricature and had she had more character, the story could have been more different. Jacob, on the other hand, was a “fine” and matured narrator. Their love story, well, made me cringe with its foreseeable development.

I had high expectations for the book. It had an interesting story and had numerous positive reviews. I also felt like it had the potential of becoming the equivalent of Chabon’s Kavalier and Clay, in the manner it related the history of a subject that is rarely depicted in books. But I guess that was quite a lofty expectation that I was sorely disappointed. Nonetheless, it was a fine and pleasurable read. It was sprinkled with some positives, like some historical details. But fine doesn’t necessarily translate into great.

Not recommended for those who are looking for a deeper connection with the characters, those who cringe at predictable plots, those who dislike animal cruelty and those who cannot tolerate sexual contents. 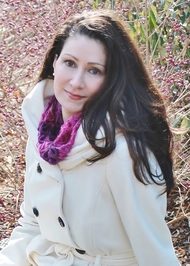 (Photo by Goodreads) Born in 1969 in Vancouver, British Columbia, Sara Gruen grew up in London, Ontario. She took a degree in English literature in Ottawa’s Carleton University. She stayed in Ottawa for 10 more years before eventually moving to the United States to pursue a technical writing job.

Gruen loves animals and supports numerous charitable institutions supporting animals and wildlife. It is no surprise that her first and second novels, Riding Lessons and Flying Changes involve animals. Her third novel, Water for Elephants (2006), made it to the New York Times bestseller list and was later adapted into a film in 2011. Her third novel was followed by Ape House (2010) and At the Water’s Edge (2015)

Sara Gruen is currently residing in North Carolina with her husband, her three sons, and her seven animals.

One thought on “Book Review # 44: Water for Elephants”