It is the second part of our Cebu City last day adventures. The weather took a 360-degree turn and what was once forecasted sunny skies were replaced by outcast and bleak clouds. The rain would also fall every now and then. Thankfully, it wasn’t a downpour. Nevertheless, we are not letting this unfavorable condition dampen our enthusiasm.

We’ve had fun taking pictures at the Sirao Gardens, the so-touted Mini-Amsterdam of Cebu City. Now, we are on our way to yet another new tourist destination – the Temple of Leah. From our previous destination, we had to go backtrack, drive closer to the city center. It took us about 20 minutes before we reached this budding destination.

A Testament to Everlasting Love

Tucked in the highlands of Barangay Busay, an inspired structure is beginning to take shape. Back in 2012, Teodorico Adarna commissioned an undertaking, the construction of a temple. It is not going to be just another “temple”, it is going to be a shrine, a monument. An inscription installed on the wall of the temple which was still being constructed back then are words of dedication composed by the owner himself:

“I constructed this temple in the year 2012 A.D. as a symbol of my undying love for and ceaseless devotion to Leah Villa Albino-Adarna, my wife for 53 years.”

Leah Villa-Albino-Adarna has already passed away in 2010. The story behind the structure, no wonder, often draws comparison with India’s Taj Mahal. As everybody already knows, Taj Mahal is a marvel of architecture commissioned by Mughal emperor, Shah Jahan, in 1632 to house the remains of his favorite wife, Mumtaz Mahal.

In short, Temple of Leah is a monument of Teodorico Adarna’s undying love for his wife. Ah the romance of it all.

However, unlike Taj Mahal, the Temple of Leah adopted Greek architecture as its inspiration. A step into its gates already give that impression. Continuing from the above inscription, Adarna said that he “adopted an architectural and structural design that can withstand time and still be appreciated for a millennium so this Temple will become a landmark of Cebu where future generations of the Adarna clan coming from her can come and trace their roots and heritage.” The Temple of Leah is also going to double as a museum and library that will contain Leah Adarna’s lifetime collections.

The construction of the building is expected to be completed in 2020 but it is already open for the public. The façade of the building is nearly complete but most of the internal sections are still being completed. Moreover, it doesn’t take much to see why many a traveler wants to drop by this modern structure – its uncanny resemblance to ancient Greek architecture. Almost immediately, this Greek inspiration seizes those who drop by. Even more so if you barely have a background of the Temple’s backstory as we did back then.

The main building is humongous, to say the least. Even though it is barely complete, walking into it is tantamount to walking into a postcard one receives from his acquaintances in Greece. I am quite aware that a score of buildings and universities around the world have adopted the Greek architecture. It is still, nevertheless, breathtaking being in front of one.

The main stairway to the Temple is flanked by two golden lion sculptures. Different Greek-inspired statues are used to beautify the peripheries of the Temple. The fountain at the center of the front yard is also an idyllic spot. You’ll never run out of places to take a picture to say the least.

A golden statue of Leah Adarna dominates the main entrance of the building. Numerous plaques are also installed to give visitors a brief background on the structure. On a good day, due to its elevation, the area is a good vantage point to see the rest of the city.

How to get there

By Motorcycle: From JY Square, take a habal-habal ride to the Temple of Leah. Normal cost is PHP 150.00 roundtrip, good for two persons. However, the driver might ask for additional waiting fee. Caveat to travelers, some habal-habal drivers don’t have spare helmets. It’s a ride on your own risk business.

By Jeepney: Catch a 04D, 04I, or 04H (Lahug-Busay) jeepney from downtown Cebu City. Fare is not more than PHP 20 per person. Alight at Roosevelet Street then walk for about five minutes to the Temple

By Private Car: Simply use Waze to navigate the road going to the Temple. The temple has a parking area. Parking fee within the temple is PHP 100.00. Parking outside the temple is free of charge but limited slots only.

By Taxi/Grab Car: If your grab is rather big in number, I advise hiring a taxi or a grab car to take you to the Temple. The most feasible spot to hire a taxi is at JY Square. The usual taxi meters will be turned off for the trip. Cost is variable, usually between PHP 200.00 to PHP 250.00 one way depending on your haggling skills. I highly advise that if you choose to take this option, take the entire ride to Sirao Gardens as taxis can be hired for 4 hours.

Travel time is approximately 10 to 20 minutes.

As our four-hour time limit is drawing to a close, we had to go back to the city. We asked the drivers to drop us off at the famed Cebu Taoist Temple.

The temple is located in Beverly Hills Subdivision. Completed in 1972, its construction was sponsored by the city’s prominent Chinese community.  If Baguio has its Bell Church, Cebu has its Taoist Temple. Unfortunately, due to the downpour, we weren’t able to fully explore the temple. Nevertheless, what little we saw enlightened us on some aspects of Taoist beliefs.

Our last stop for the day was Colon Street. What makes Colon Street relevant? Well, it is the oldest street in the country. I have learned that from the LG Quiz which I always watch back when I was younger. We could use more quiz shows like that! Anyway, what depressed me the street is that is just your typical Manila street – teeming with commercial activities. I wonder how many of these people know that Colon Street is the oldest street country. Hmp. Ah, my historian heart.

Emotions aside, I joined my friends in purchasing customary “pasalubongs” like dried mango, otap and a couple of biscuits. The best place to shop to purchase pasalubong – Shamrock. They sell their goods cheaper compared to the giant shopping centers.

And thus, concludes our five-day stay in Cebu. I had fun going around with a new group. The memories we shared will definitely last a lifetime.

Until next time Cebu! Daghang salamat!

Groufie time! All my gratitude to these dorks for never losing their cool in spite of the abrupt changes. 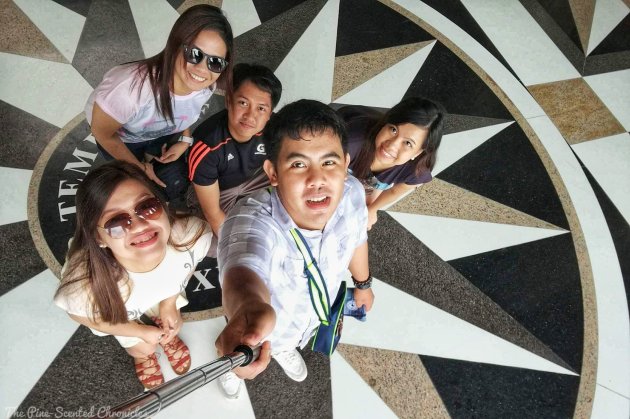 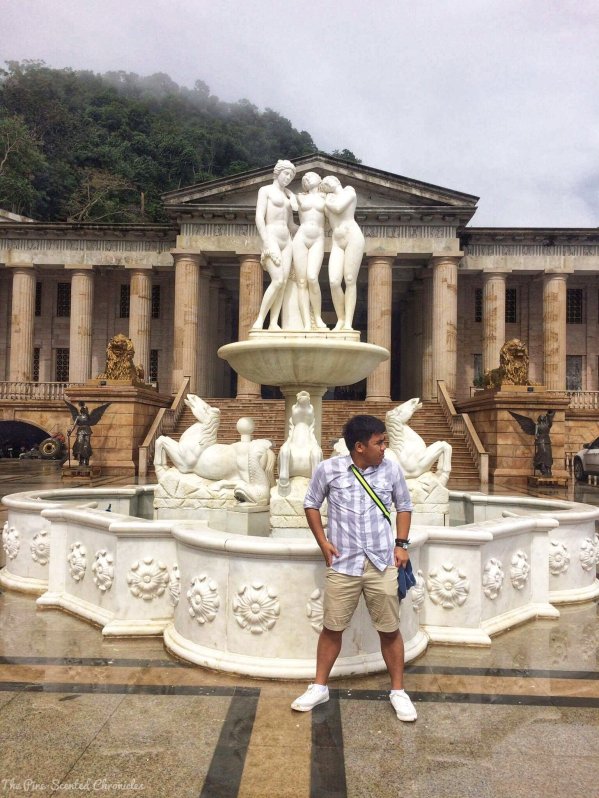 Do check out the rest of adventures in Cebu City:

Till the next travel! Safe travels everyone!