The European Journey Coming to an End

After nearly three months of reading purely European literature and authors, I needed to find a semblance of home. I needed to go on a journey that I am quite familiar with; it is time to pivot back to Asia, to indulge in the comfort of Asian authors and their eccentric, if not eclectic writing. What better way to reintroduce myself to Asian literature than by immersing in Japanese literature?

Japanese authors have long been on top of my priority reading list. The Murakamis, the Ishiguros, the Kawabatas and a whole lot more have introduced me to the wonders and beauty of Japanese writing. Just earlier this year, I had my first Junichiro Tanizaki, one of the Japanese authors I am highly anticipating because of my burgeoning curiosity. It was never by design, however, that I would dedicate one full month to just works of Japanese authors.

But I did for the simple reason that Japanese literature, by war, is one of my favorite brands of literature. I am glad I dedicated June to their works. Here is a listing and a brief review of the Japanese works I read in June. 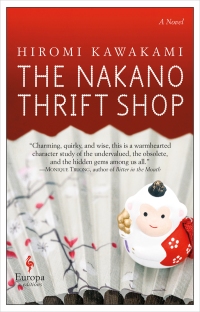 I commenced my Japanese reading journey with a book that was positively commended by a fellow book blogger. Hiroki Kawakami’s The Nakano Thrift Shop seemed the perfect way to start the journey because of its quirky title and flashy book cover. Or so I thought.

The eponymous Nakano Thrift Shop appear modest and quotidian as the objects it sell. But look beyond the ordinary and the story unfolds with quirkiness and humor. The Nakano Thrift Shop is a collection of curious objects and people (including its owner) that have stories and secrets to share. The story is an understudy of human behavior with a small shop as a microcosm. It felt a little bland, however, in some corners.

Soseki Natsume is one of the Japanese authors that have certainly piqued my curiosity as I kept encountering his works in bookstores, especially his lengthy work, Cat. With the surge of my interest in Japanese literature, it was inevitable that I would later cross paths with Soseki’s works. I could have gone on with Cat but I chose a shorter tale to gauge how engrossed I would be in Natsume’s body of art. I chose Botchan.

Botchan, both the book’s title and the main character’s name, chronicles the experiences of a young Japanese teacher as he takes on a teaching assignment in the countryside. Natsume gave a poignant depiction of provincial life that is laced with small-town mentality and petty politics. Botchan, like its fellow Japanese literary works, is subtle but filled with undertones. It was, overall, a great start to my exploration of Natsume’s works.

Color of the Sea by John Hamamura

Color of the Sea is one of the books I bought out of whim during the 2018 Big Bad Wolf Sale. The book cover and the book title are the main selling points (for me, haha), well, apart from the fact that it was on sale. Just like most of the books I bought, it got shelved for over a year before I got to it, when I decided to dedicate one month of reading exclusively to Japanese authors.

This book is a deviation from the typical Japanese literary work that I read as it is set mostly outside of Japan. Color of the Sea is the coming-of-age story of Sam Hamada. His journey from Japan to the USA during the height of the Second World War gives a microscope on themes pertaining to culture and identity. But the hardest hitting part of the book is its take on the Japanese tradition of “seppuku” and how it relates to pride and honor. 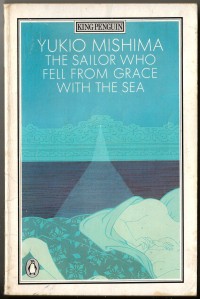 Yukio Mishima is another Japanese author who I keep encountering in must-read lists. It is for the same reason that he remains high on my priority list of authors (well, nearly all classical Japanese writers are). The only thing pulling me back is the difficulty of obtaining his works in the local bookstores. Thankfully, only sellers are valiant savers for the curious readers like moir.

Admittedly, I never expected The Sailor Who Fell From Grace With The Sea is less than 200-pages long. Well, I should have known better considering how succinct most classical Japanese authors (hello Kawabata). Just like Botchan, it is a primarily character-centric work and portrays one of the many facets of Japanese life. More than the representation of Ryuji, this novel is riddled with numerous allegories of post-World War II Japan. 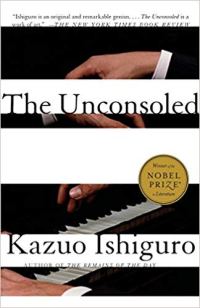 The Unconsoled by Kazuo Ishiguro

Last 2017, Japan-born British writer Kazuo Ishiguro won the prestigious Nobel Prize in Literature award. Luckily, I’ve known of him and of his works prior to his “upset” victory (he went against fellow Japanese and heavily favored Haruki Murakami; I am impartial). His A Pale View of Hills is an all-time favorite and the diversity of his works is one of his best points.

In The Unconsoled, Ishiguro showcased the other half of his ethnic identity as he dealt more on Western values with regards the world of art. In an act of digression, The Unconsoled is more verbose and his filled with lengthy conversations. The satire on the attitude towards the arts is heavily underlined in the numerous circumstances the main character found himself in. It is a garrulous work that can be both utterly frustrating or scintillatingly enlightening. 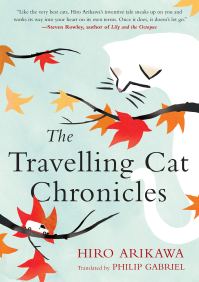 I first came across this book while browsing through the bookstore. Although the book caught my attention, it was only for a moment, reserving it perhaps for the future. Lately, I’ve come across the book again through fellow book bloggers. They had pleasant experience with the book so I thought, “oh well, might as well take the plunge.” And true enough, I never regretted the decision to do so.

There is simply no word that is powerful enough to describe how this heartwarming contemporary Japanese masterpiece broke my heart (quite the irony, really). It is one of the best books I have read during the year, perhaps in a lifetime. It is subtle but remarkable. Halfway through the story, I knew how it was going to wind up but it didn’t prepare me to the surge of emotions it evoked. Astounding, a priceless piece of literature!

Japanese literature and authors just never fail to deliver. They have this perversion with character-centric narrative; I am not complaining though. They have certainly turned it into an art. More importantly, it is always fascinating reading how they isolate minor events and circumstances and turn them into thought-provoking works.

Although dedicating a month of reading to a specific genre enriches my understanding and appreciation, it does still come at a price. Starting with my Europen journey until my Japanese journey, I have neglected three of my resolutions/lists for the year I made at the start of the year:

I am hoping that with the looming of the second half of the year, I’d be able to catch up with these lists.

What to look forward to in July…

Following the same pattern as the past four months, I am dedicating the entire month to a homogeneous genre – Asian works. I did the same last year and it was a wonderful journey because, as I mentioned at the start, it strikes closer to home. I have started the month by reading Joanne Ramos’ The Farm, a sci-fi-ish and dystopian-ish narrative about surrogacy, mixed in with tidbits of Filipino culture. I hope my July reading journey would live up to expectations.

Do look forward to what is in store for the rest of the year.

3 thoughts on “Book Wrap Up, June 2019: Into Familiar Territory”