To start off, here’s a wonderful quote from the master of children’s books:

“I have a passion for teaching kids to become readers, to become comfortable with a book, not daunted. Books shouldn’t be daunting, they should be funny, exciting and wonderful; and learning to be a reader gives a terrific advantage.” – Roald Dahl

Without further ado, here are the books I hauled (purchased) in October. Happy reading! Do check out also my October wrap up by clicking on this link: Postscripts, October 2019: Regaining Momentum.

Synopsis: “In April 1942, Lale Sokolov, a Slovakian Jew, is forcibly transported to the concentration camps at Auschwitz-Birkenau. When his captors discover that he speaks several languages, he is put to work as a Tatowierer (the German word for tattooist), tasked with permanently marking his fellow prisoners.

Imprisoned for more than two and a half years, Lale witnesses horrific atrocities and barbarism – but also incredible acts of bravery and compassion. Risking his own life, he uses his privileged position to exchange jewels and money from murdered Jews for food to keep his fellow prisoners alive.

One day in July 1942, Lale, prisoner 32407, comforts a trembling young woman waiting in line to have the number 34902 tattooed onto her arm. Her name is Gita, and in that first encounter, Lale vows to somehow survive the camp and marry her.

A vivid, harrowing, and ultimately hopeful re-creation of Lale Sokolov’s experiences as the man who tattooed the arms of thousands of prisoners with what would become one of the most potent symbols of the Holocaust, The Tattooist of Auschwitz is also a testament to the endurance of love and humanity under the darkest possible conditions.” 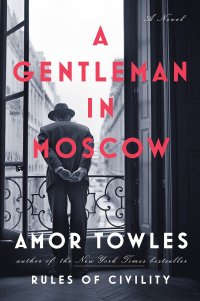 Synopsis: “When, in 1922, thirty-year-old Count Alexander Rostov is deemed an unrepentant aristocrat by a Bolshevik tribunal, he is sentenced to house arrest in the Metropol, a gand hotel near Kremlin. An indomitable man of erudition and wit, Rostov must now live in an attic room as some of the most tumultuous decades in Russian history unfold. Unexpectedly, the Count’s reduced circumstances provide him entry into a world of emotional discovery as he forges friendships with the hotel’s denizens. But when fate puts the life of a young girl in his hands, he must draw on all his ingenuity to protect the future she deserves. Hailed for its humor, intrigue, and beautifully rendered scenes, this singular novel casts a spell as it relates the Count’s endeavor to become a man of purpose.”

Synopsis: “Born in the ‘agrarian ghetto’ of Dickens on the outskirts of LA, the narrator of The Sellout is brought up to believe his father’s racially charged psychological studies will lead to a memoir that will solve their financial woes. But when his father is killed in a police shoot-out, all that’s left is the bill for a drive-through funeral. Fueled by this deceit, the narrator sets out to right another wrong. Dickens has literally been wiped off the map to save LA from embarrassment, so he initiates the most outrageous action conceivable: reinstating slavery and segregation, which lands him in the Supreme Court.”

Synopsis: “The Scarlet Letter, America’s first psychological novel, exploded society’s view of Puritanism upon its initial publication in 1850, and today – perhaps more than ever – it holds the power to change the way we think about human relationships, punishment, and the status quo.

Nathaniel Hawthorne’s novel is a dark tale of love, crime, and revenge set in colonial New England. It revolves around a single, forbidden act of passion that forever alters the lives of three members of a small Puritan community: Hester Prynne, an ardent, fierce, and ultimately ostracized woman who bears the symbol of her sin – the letter A stitched into the breast of her gown – in humble silence; the Reverent Arthur Dimmesdale, a respected public figure who is inwardly tormented by long-hidden guilt; and the malevolent Roger Chillingworth, Hester’s husband – a man who seethes in an Ahab-like lust for vengeance.

The landscape of this classic novel is uniquely American, but the themes it explores are both timeless and universal – the nature of sin, guilt, and penitence, the clash between our private and public selves, and the spiritual and psychological cost of living outside society. Constructed with the elegance of a Greek tragedy, The Scarlet Letter brilliantly illuminates the truth that lies deep within the human heart.”

The first, a diligent memoirist whose unlikely success means she must flee her life in Soviet Russia and seek refuge in East Germany.

The second, her daughter, a skilled dancer performing in an East Berlin circus.

The third, Knut, a baby born and raised in Berlin Zoo at the beginning of the 21st century.

Delicate and enchanting, Memoirs of a Polar Bear takes the reader into foreign bodies and foreign climes, and through its beguiling portrait of three extraordinary bears, gracefully reflects upon our humanity.” 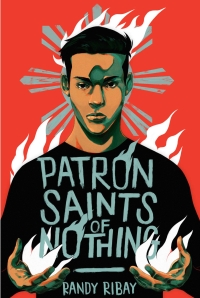 Synopsis: “Jay Reguero plans to spend the last semester of his senior year playing video games before heading to the University of Michigan in the fall. But when he discovers that his cousin Jun was murdered as part of President Duterte’s war on drugs, and no one in the family wants to talk about what happened, Jay travels to the Philippines to find out the real story.

Hoping to uncover more about Jun and the events that led to his death, Jay is forced to reckon with the many sides of his cousin before he can face the whole truth – and the part he played in it.

As gripping as it is lyrical, Patron Saints of Nothing is a riveting portrayal of the struggle to reconcile grief and guilt, faith and family.”

Synopsis: “It is 1866, and Walter Moody has come to make his fortune upon the New Zealand goldfields. On the night of his arrival, he stumbles across a tense gathering of twelve local men, who have met in secret to discuss a series of unsolved crimes. A wealthy man has vanished, a whore has tried to end her life, and an enormous fortune has been discovered in the home of a luckless drunk. Moody is soon drawn into the mystery: a network of fates and fortunes that is as complex and exquisitely patterned as the night sky.” 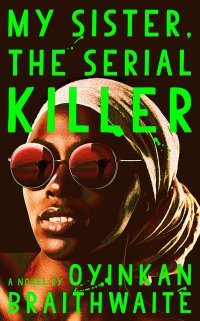 Synopsis: “Korede’s sister Ayoola is many things: the favorite child, the beautiful one, possibly sociopathic. And now Ayoola’s third boyfriend in a row is dead stabbed through the heart with Ayoola’s knife. Korede’s practicality is the sisters’ saving grace. She knows the best solutions for cleaning blood (bleach, bleach, and more bleach), and she keeps Ayoola from posting pictures to Instagram when she should be mourning her “missing” boyfriend. Not that she gets any credit.

Korede has long been in love with a kind, handsome doctor at the hospital where she works. She dreams of the day when he will realize that she’s exactly what he needs. But when he asks Korede for Ayoola’s phone number, she must reckon with what her sister has become and how far she’s willing to go to protect her.”

I am looking forward to all these books and what they have in store. I am giddy with excitement especially knowing that each will transport me to different worlds and make me meet different people.

How about you readers, what books have you purchased in October? Do share it in the comment box.