In 1998 Imbolo Mbue moved to the United States to study. Born and raised in Cameroon, she had high hopes of achieving the American Dream. She earned her degree and found herself a stable job in marketing for a media company. However, ten years since first arriving in the United States, Mbue found herself one of millions who has been laid off due to the Great Financial Crisis of 2007-2008. Whilst it was unfortunate, the unexpected break caused by the recession afforded her the time to observe the social structure of New York City. Out of these ruminations, she spun a tale that would result to a rousing debut novel.

Behold the Dreamers, published eight years after the recession, paved Mbue’s way to the world of the fiction, which collectively rolled out its proverbial red carpet to a welcome a promising author into its fold. In her stellar debut, she writes of a Cameroonian family who migrates to the United States in the hopes of fulfilling the quintessential American Dream.

Jende, in search of a better future for his young family, took the risk and finally moved to New York City through the help of his cousin. After years of being in and out of different jobs, he managed to snag a prestigious post as the personal chauffeur of Clark Edwards, an executive at the Lehman Brothers. His fortune is finally favoring him as his wife, Neni, and their son finally moved to New York to join him after years of separation. What they have not counted on are the afflictions that started to surface just when they are about to settle in a secured life of comfort.

It is no secret that many, from all corners of the globe, long to taste the quintessential American Dream. No one can’t resist partaking of everything that the Land of Milk and Honey has in store. Projected all over the world through the glossy pages of magazines and the colorful advertisements, it is a dream that everyone yearns for, including young Cameroonian couple, Jende and Neni. To the young couple, a ticket to the United States represents freedom from the dredges of the African continent.

Jende and Neni are dreamers. They dream of living a life of comfort, of opulence, a life that is bereft of pecuniary worries, of anxieties of starvation. They are like everyone. But they are not just dreamers. More importantly, they are doers – they work hard out in order to fulfill their dreams. To an ordinary man, being a chauffeur is a low job but Jende always showed gratitude, always cognizant that his job is bringing food to their table.

But Behold the Dreamers goes beyond the eponymous dreamers. Mbue’s keen observation made her portray with authenticity and vividness the abyss of disparity that separates the poor and the rich. Her debut novel is a study of the social classes. The different attitudes were projected as well. At one instance, Cindy gave Neni some of used clothes and toys outgrown by her sons. Unconsciously, it has become a tool that Neni used when she was shoved to dire straits and must make some critical choices.

“That’s exactly the problem! People don’t want to open their eyes and see the Truth because the illusion suits them. As long as they’re fed whatever lies they want to hear they’re happy, because the Truth means nothing to them.” ~ Imbolo Mbue, Behold the Dreamers

The pursuit of the American Dream forms the backbone of the narrative. Its depiction is one of the novel’s better facets and finer elements. Providing a credible backdrop to the narrative is the financial crisis. Its impact gave the narrative a different texture. Other relevant and current subjects were dealt with as well. Interwoven into the novel’s tapestry is the complexity of the American immigration policies and the corruption and bureaucracy that is plaguing third world countries.

The Edwardses and the Jongas make up an interesting contrast. Contrary to what it seems, their story is not about a noble African immigrants going against the ominous banking class. The Jongas were not developed to teach the Edwardses profound values.  On the other hand, the Edwardses exhibit behaviors that are the stereotypes of the rich – they are self-absorbed, and selfish. These behaviors didn’t bar them from having tender moments with the Jongas.

The novel’s interesting premise was complimented by Mbue’s stable writing. Her prose was straightforward, full of intent and resolve. The story, at times, does wander and the pace becomes sluggish. The story was punctuated by cultural exchanges which did not enrich the story but served as distractions. The character development, however, was exemplary. The Jongas and the Edwardses are not just interesting characters. Treated with love and care by Mbue, their complexity and different motivations gave the story depth.

Despite a title brimming with hope, Behold the Dreamers is, ironically, wrapped with the undertones of sadness. The Jongas yearn to thrive in a foreign land they thought would bring them opportunities. Their hope to give their son a promising future is universal. Often times, there are obstacles that present themselves and crash these dreams. In a time characterized by antagonism towards immigrants and immigration in general, the novel speaks volumes.

“He would marry his kind because a man like him needed a woman who understood his heart, shared his values and interests, knew how to give him the things he needed, accepted that his children must be raised in the same manner in which his parents had raised him, and only a woman from his homeland could do that.” ~ Imbolo Mbue, Behold the Dreamers

With all these said, Behold the Dreamers is a spectacular debut. Its heft and boldness spoke volumes. Mbue’s careful and keen observations were translated nicely into a printed text that is overflowing with realities. It is a story that goes beyond the 2008 financial crisis as its impact and its themes still reverberate today.

Everyone can relate to the dreams and aspirations of the Jongas. Their dreams are heartbreakingly profound. But then again, the American Dream, as alluring as it is, is not accessible to everyone. It is a path fraught with challenges. The Jongas’ immigration journey appeals to everyone as it is a relevant subject deeply rooted in race, origin and color. Mbue dissected the case of immigration with sharpness and vision and came up with a literary piece that is masterful and quietly powerful.

African writers do tend to have grand debut works. From Ayobami Adebayo’s Stay With Me to Yaa Gyasi’s Homegoing, they have proven that they can make it big in the world of literature. The case is the same for Imbolo Mbue with Behold the Dreamers. Mbue gave a very realistic perspective of the American Dream and of the African diaspora. Her keen observation of the dichotomy between and amongst the different social classes resulted into a stellar literary piece.

Behold the Dreamers is, to say the least, an amazing work of fiction that is deserving of the encomium it received. Mbue is certainly an author whose works I would want to read more. Hoping she publishes a new work soon.

Jende Jonga, a Cameroonian immigrant living in Harlem, has come to the United States to provide a better life for himself, his wife, Neni, and their six-year-old son. In the fall of 2007, Jende can hardly believe his luck when he lands a job as a chauffeur for Clark Edwards, a senior executive at Lehman Brothers. Clark’s wife, Cindy, even offers Neni temporary work at their summer home in the Hamptons. With these opportunities, Jende and Neni an at last imagine a brighter future.

However, the world of great privilege conceals troubling secrets, and soon Jende and Neni notice cracks in their employer’s facades.

Then the financial world is rocked with the collapse of Lehman Brothers and the global economy. Desperate to keep Jende’s job, which grows more tenuous by the day, the Jongas try to protect the Ewardses from certain truths, even as their own marriage threatens to fall apart. As all four lives are dramatically upended, Jende and Neni are forced to make an impossible choice. 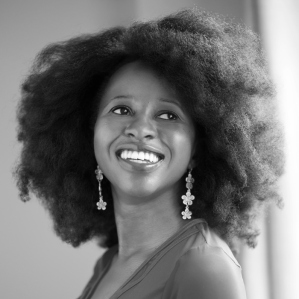 (Photo from Goodreads) Imbolo Mbue was born in 1981 in Limbe, Cameroon.

Mbue was raised and grew up in Limbe. In 1998, she moved to the United States to pursue higher education. At Rutgers University, she studied business management. She completed her Masters of Arts at the University of Columbia in 2006. Post-graduate school, Mbue started working in marketing for a media company. She lost her job during the Great Financial Crisis of 2007-2008.

Unemployed for a year and a half, she used the break to observe the differences in the social classes of New York City. This served as the inspiration for her debut novel, Behold the Dreamers, which she wrote in secrecy for five years. In 2014, she signed a deal with Random House for the publication of her debut novel which was published two years later. The novel was a critical success as it went on to win the PEN/Faulkner Award for Fiction and the Blue Metropolis Words to Change Award.

Mbue has also written essays that were published in mainstream media. She has also published short story collections and was a contributor to the anthology New Daughters of Africa (2019). In 2014, she received her American citizenship and is currently residing in New York City with her husband and children.