It’s been some time since I had a more random reading month. For the past few months, I’ve been reading books written by authors from a particular geographical area. The journey started as early as February when I immersed in African literature. It was immediately followed by, in order, European, Asian, Japanese and American literature. It was a great reading journey.

This venture into the otherworldly, rather, the profound, however, resulted into me lagging behind on some of my 2020 reading challenges. In particular, I haven’t made any progress on my 2020 Top 10 Books I Look Forward To. The prolonged quarantine rendered me incapable of going out and buying the books in the list but once it got loosened, I managed to purchase two books from the list. These two books made it to my July reading journey.

In stark contrast to my 2020 Top 10 Books I Look Forward to List is my 2020 Beat the Backlist Challenge. Unlike the former, I have already read eight out of the twelve books in the list. Ticking off some books in these reading challenges was my primordial reading motivation in July. In total, I have managed to read seven books during the month – four new (meaning published in 2020) and three backlist reads.

Without more ado, here are the magnificent reads I had in July.

Finally! I can now start with my 2020 Top 10 Books I Look Forward to List. Snagging copies of these newly published books is a challenge when you’re from the Philippines and the pandemic made it doubly hard. It was by sheer luck that I found a copy of Kate Elizabeth Russell’s My Dark Vanessa (and Abi Dare’s The Girl With the Louding Voice) on my first venture outside of my house, post-loosening of the quarantine restrictions. Even at the start of the year, My Dark Vanessa is a book I look forward to because of its obviously controversial, and equally eye-opening, subject. It is more than what I expected and beyond, despite the heavy and dark subject. As expected, the story brings out a lot of question, especially on how the general public perceives the #MeToo movement. My Dark Vanessa is a timely narrative although it is a story that is not for readers who are sensitive to abuse.

The Girl With the Louding Voice by Abi Dare

Carrying on from the momentum I have gained from My Dark Vanessa, I immediately ventured into another “new book”, a book that is also part of my 2020 Top 10 Books I Look Forward to List. The Girl With the Louding Voice is Nigerian writer, Abi Dare’s debut novel. Dare is, I believe, my eighth Nigerian author (or author with Nigerian heritage) for the year. I am not complaining for they have provided me some of my most memorable reads this year. I can say the same for The Girl With the Louding Voice. It relates the story of a fourteen-year old heroine and narrator, Adunni. Sold to marriage at a very innocent age due to destitution, she fought for what would have been her mother’s legacy to her – an education. Aspiring for a decent education in Nigeria, especially for young women, is a pipe dream but Adunni’s story is a beacon that shines through the bleak environment.

For the third consecutive book, I read a “new book”. Unlike the first two books I’ve read for the month, Jeanine Cummins’ American Dirt is not part of my 2020 Top 10 Books I Look Forward to List but it, nonetheless, piqued my curiosity and interest for, on its trail, it left a storm of controversy and criticism. American Dirt is another timely narrative. It relates the story of a mother and son whose family was massacred by the leading drug cartel in Acapulco. Their only hope of a good future and protection is to escape to “el norte”, or Estados Unidos. The novel vividly captures two aspects of contemporary North America – the prevalence of drug and crime rings in Mexico and the increasingly stringent border control of the United States. Will the mother and son tandem make it safely across the border or will the horrors they left behind hunt them down? 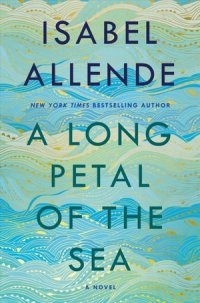 A Long Petal of the Sea by Isabel Allende

Oh wow. Isabel Allende’s A Long Petal of the Sea makes it four new books in a row, a rare feat in my years of reading. Technically, it is not a new book because the original version written in Spanish was published in 2019. I still consider it a new book. It is also my second Allende book, after The House of the Spirits. The first three books I’ve read for the month were all set in the contemporary. A Long Petal of the Sea, on the other hand, is a historical fiction that commences from the height of the Spanish Civil War. To escape the fascist regime of Generalissimo Franco,Victor and Roser flees for Chile under a pretense that would also dictate how they will live their lives in Chile. Interwoven into the narrative are several seminal events in the history of Chile. Historical figures, like Pablo Neruda and the author’s godfather Salvador Allende, play a role in the narrative.

The Starless Sea by Erin Morgenstern

My next two reads brought me back to a year earlier, in 2019. I wasn’t originally planning on reading Erin Morgenstern’s The Starless Sea because of my not so stellar experience with her debut work, The Night Circus. Whilst I the language was wonderful, flowery even, the plot (especially that plot twist near the end) simply made it a forgettable experience. But after reading several positive feedback on her latest work, I decided to give her work a second chance and let herself redeem to me. The language is beyond debate – it flowed and it was wonderful, like music that rouses the most beautiful emotions. The language was so flowery it was easy to get lost in the narrative. But as the dust settles, it was a challenge connecting the dots of what was left behind. I found the romance angle a little superficial and stiff.

The Dutch House by Ann Patchett

The Dutch House is another “redemption” novel for me. I was underwhelmed by my first immersion into the works of Ann Patchett, which held me off from exploring her other works. But then again, the positive feedback and the hype surrounding The Dutch House made it sound irresistible and being the bandwagoner that I am, I immediately jumped. Perhaps I shouldn’t have. The Dutch House is the story of siblings Danny and Maeve. After the sudden death of their father, they were kicked out of their home, the titular Dutch House, by their “wicked” stepmother, Andrea. To its credit, the writing flowed easily, creating a pleasant atmosphere for the story to flow. The story, on the other hand, was unfortunate. I don’t find anything wrong on using trite subjects and themes. On the minimum, however, the author should at least try ushering her own flavor.

From the present, then to early 20th century, my next literary journey brings me further back to early 19th century. Even though it was published post-Jane Austen’s death, Northanger Abbey is widely regarded as her debut work, her first major piece. Apart from being part of the 1,001 Books You Must Read Before You Die, Northanger Abbey is also part of my 2020 Beat the Backlist challenge, and my fourth Austen novel. It is the story of a naive but sensitive 17-year old young lady named Catherine Morland. Her fascination with Gothic novels made her unable to see the malice and sarcasm in other people’s intentions. In her visit to the town of Bath with their neighbors, the Allens, her view of the world inevitably changed, especially after meeting people like Henry Tilney, Isabella Thorpe, and General Tilney.

Jean Rhys’ Wide Sargasso Sea is another title that has long held my interest for the longest time despite not having any iota on what the (rather short) novel is about. The only thing I associated with it, at first, is feminism, a word I have became familiar with over my years of reading. Most tend to be quick and short reads as well. Anyway, I was surprised to learn that the story was inspired by Jane Eyre, in particular, that of the first Mrs. Rochester. In Rhys’ reinterpretation of the narrative, the first Mrs. Rochester is Antoinette Cosway, a Creole heiress who was uprooted from her birthplace of Jamaica and eventually installed in the attics of Thornfield Hall. It is an interesting narrative that touches on several seminal themes of the period, such as racism and colonial mentality. The narrative was enhanced by the interjection of some Caribbean cultural tidbits such as the obeah and the zombi. 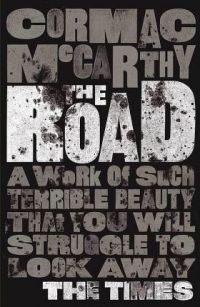 The Road by Cormac McCarthy

Cormac McCarthy’s Pulitzer Prize winning work, The Road, is the eleventh book in my 2020 Beat the Backlist Reading challenge. This also marks my first time immersing into the literary ensemble of Cormac McCarthy, a name I keep encountering in several must-read lists. The Road is a post-apocalyptic narrative that somehow reminded me of Patrick Ness’ The Knife of Never Letting Go because the protagonists are running away from something that spells doom. The father and son duo of the former, however, is unsure of what they’re running from. The father and son remained anonymous in the entirety of the fast-paced text. Whilst the theme of humanity is widely explored, most of the narrative relies on guess work on the part of the reader; very little is said of what happened. The descriptions of the deplorable state of the “road”, however, were vivid.

I am currently immersing myself in my fourth Charles Dickens novel. It is, however, my first Dickens in nearly a decade; the last one I read was A Tale of Two Cities. This made me feel apprehensive but excited at the same time. It does hurt that the novel is rather lengthy; I am forced to read it, however, because it is the last book in my 2020 Beat the Backlist challenge. HAHA! I had no idea of the book’s length when I made the list. Maybe I am due for a lengthy read this time as I have been reading short and quick novels. Bleak House is the story of Esther Summerson, who, in true Dickensian spirit, is an orphan like Great Expectation’s Pip and David Copperfield’s David. This, I surmise is another coming-of-age narrative but from what the introduction made it out, it seems that interwoven into the story are Dickens’ view of London. Despite my initial reticence, I am looking forward to the narrative.

How about you readers? How was your July reading journey? I hope you had a great journey. You can also share your experiences in the comment box.