“Promise me, you’ll wait for me
‘Cause I’ll be saving all my love for you
And I will be home soon”

In our journey through life, we get to meet a lot of people. Some will challenge us. Some will change us. Some we learn from, and some we teach. But then, there are those who will inspire us or motivate us to be a better version of ourselves in our daily endeavor. These people come from all walks of life, but they leave their imprints, some greater than the others, in the DNAs of our character.

June 1, 2007. Room M206. It was my first day in college and the rain was falling profusely outside. So much for a flying start to my collegiate year.  I was actually nervous venturing into uncharted territories but I was glad when I learned that one of my classmates is a town mate. Unfortunately it wasn’t enough to curb the butterflies in my stomach.

My college block was full of valedictorians, salutatorians and other academically inclined young men and women who have courageously taken that difficult path towards becoming a Certified Public Accountant. I, on the other hand, barely landed in the Top Ten of my class and have no basic knowledge of accounting. Boy, was I intimidated that I immediately started doubting myself if I was on the right path. But that is an entirely different matter.

Then the “college wars” began. Recitation first came and a guy from Pangasinan confidently raised his hand and talked with such authority that I was immediately blown by his airing confidence. But what caught my attention was the lanky gal wearing a cap who followed him. Her name is Vanessa M. Roberto. Our instructor was asking her to remove her cap as we were inside the classroom.

Vanessa then shyly explained the predicament she was in. That was the very first time I heard about her medical condition. Alopecia, or to be more medically correct, alopecia areata. She then explained what her condition is. In laymen’s term, alopecia areata is the medical term for hair loss from some or all areas of the body. She would then spend most of the next few days, and the next few months explaining her condition to our instructors and classmates. Some even mistook it for cancer. 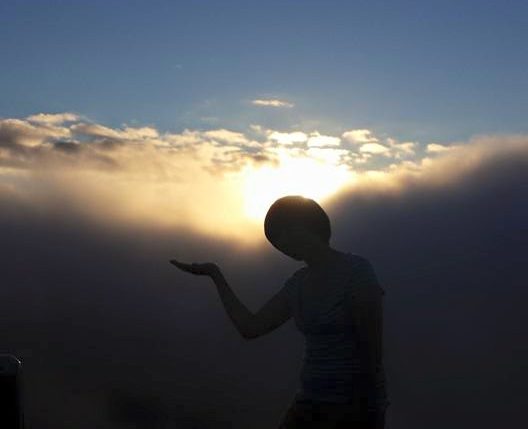 “Remember when I was young and so were you,
And the time stood still and love was all we knew.”

But it was a couple more days later when we first got acquainted. I guess this is one of the best things about college, getting to meet and know other individuals, whether of my own age group or not. At that moment, I didn’t have an iota that would be the commencement of a friendship that would see us through our college years, through the toughest times and the most victorious times.

Our friendship instantly clicked, and we began to form our own little circle of friends. In this new found circle, I got to meet new friends with whom I exchanged thoughts, ideas, experiences, and probably the most important one, gossips. As we glided through college, our circle would get bigger and more diverse. But I will never forget the very first person I made friends with in college.

Over the next years, I’d get to know Vanessa better, as a person and as fellow aspiring CPA. Funnily enough, she entrusted with me all her darkest fears, her worst nightmares, her heartbreaks, her losses and her gains. I’d go on to admire her for how toughly she battled through adversities. “Be kind always, everyone is fighting battles you don’t know,” came to mind.

Through our conversations, I’ve learned when alopecia first struck her and how it affected her eventually. It first started when she was in second year high school, a period when one is becoming more conscious of the changes and developments in his/her body. This is most especially true for young girls.

Everyone knows that a woman’s crowning glory is her hair. But what if you were deprived of it, not by choice, but by the rules of nature? That’s probably where her greatest frustration stemmed from. But beyond what is physical, her condition affected mostly the intangible. For years, she’d battle through a waning self-esteem and a dipping self-confidence. The society, at large, is after all a judgmental one, one that fears what it doesn’t understand.

To any ordinary person, such circumstances would have immediately broken her into pieces, and would probably never recover. At first, Vanessa was also broken in heart and in spirit, but she picked up the pieces because, at a young age, she is cognizant that she must fight through. Instead of hunching in her own corner, doused in self-pity, she bravely marched on, unencumbered by her predicament, unfazed be the circumstances.

With an indomitable spirit, she graduated valedictorian of her high school class. She probably doesn’t know it but in battling through the odds, she’d transform herself into a warrior, one of the rare breed of life’s survivors. She trudged on, as though everything is normal, as it should be. She dismissed the curious glances thrown on her way and acted with nonchalance. She was the epitome of strength in character.

To an outsider, one can only notice the strength in her facade, not the pains welling inside her. I saw her breakdown when she was deceived by her body, when it gave her false hope that her condition is reversing itself. These deceptions broke her spirit down because deep down, she hasn’t lost hope that someday, she’ll regain that crowning glory. Fate, on the other hand, has other plans. But after these brief periods of breakdowns, she picked herself up and barged on as always. 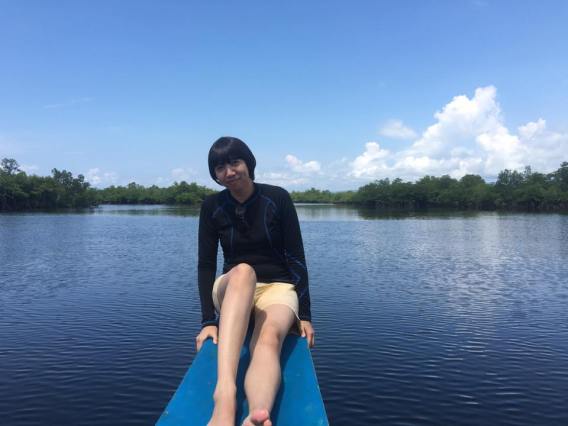 “‘Cause he’s the reason for the teardrops on my guitar
The only one who’s got enough of me to break my heart
He’s the song in the car I keep singing, don’t know why I do
He’s the time taken up, but there’s never enough
And he’s all that I need to fall into.”

The most fascinating thing about our friendship is our endless bantering on each other’s love life, or the lack of it anyway. It’s a surprise how she readily opened up her heart to me, most especially about her heartbreaks. I saw her eyes twinkle as she talked about her first love, but I also saw shades of darkness on her eyes as she told me the impossibility of her first love.

She is one of the select few who has mental annals of my heartaches. Apparently it’s easier to talk and relate about heartaches with someone who has had the same. It’s quite amusing, really. This is the very reason why whenever we have the chance to talk, she always brings up this topic. I guess outgrowing this topic will take some time.

Aside from this, we shared a common interest in music. Just like me, music was her way of expressing her emotions. Don’t get me wrong, we don’t sing but we use songs to place us in memories we don’t ever want to forget. “Promise Me” by Beverly Craven is definitely her favorite because of the promise behind it. Another all time favorite of hers also is “Remember When” by country singer Alan Jackson because it transports her back to a time her heart was skipping a beat.

When Taylor Swift released her first major hit, it got her heart singing yet again to the beat of “He’s the reason for the teardrops on my guitar”. It’s just not these three songs which pluck a string on her heart, but several others too. Indeed music plays a great part to a broken heart, and we are no different. Music, after all, conveys most emotions at their fullest extent.

“You light up another cigarette, and I pour the wine
It’s four o’clock in the morning, and it’s starting to get light
Now I’m right where I want to be, losing track of time
But I wish that it was still last night.”

My friend has been through a lot. She is truly one of those select few I would deem as survivors. Her indomitable spirit is something that is very difficult to replicate. How she carried herself through all these adversities is in itself a great feat. And for that, I will always look up to her. Knowing a person as great as her is something that I am always thankful for.

Beyond being a survivor, she is also dutiful daughter, being the only rose among thorns. Moreover in spite of all those things she’s been through, in spite of those numerous heartaches, she kept her faith. With steely resolve, she marches on daily, a warrior. Though we rarely communicate these days, we try our hardest to keep in touch, and yeah, discuss matters of the heart. I guess that is a staple topic. 🙂

Right now, she is busy molding the minds of aspiring CPAs, financial analysts, and accountants. As a college instructor, she is palpably rocking in her new role. In the noblest of professions, she is sharing her knowledge but lest she forgets, her story is also an instrument to inspire the young minds. May your story be a beacon that shines brightly even through the darkness.

Today, as she celebrates another year of life, I wish her a very happy birthday. I wish her nothing but the best in every endeavor. Be that strong person you are. Keep believing because that is where your strength emanates from. Always be an inspiration to those around you, because your are. Lastly, for that ever elusive love life, I know that in time the deserving knight in armor, in His perfect time.

Again, happy birthday Vanessa. May God always bless you in your journey.

“You look like you’re in another world, but I can read your mind
How can you be so far away, lying by my side
When I go away I’ll miss you, and I will be thinking of you
Every night and day just.”

One thought on “The Alopecia Heartbreak Playlist”