The Sagada I Knew

Mystery and enchantment. Those are the two words that I would use to describe how Sagada was portrayed to me growing up. I was lucky enough to grow up in the company of a grandfather who had a playful imagination, a son of old Sagada himself. He told stories of ghosts and spirits, of human bones and lost souls. His memory is a perfect tome that gave Sagada more and more mystery to my puerile mind.

When I finally got the chance to visit my hometown, I was overcome by euphoria. It was overwhelming to be finally in the place that haunted my dreams. However, to get there is a challenge. Nestled 5,000 meters above sea level, Sagada can only be reached through winding, rough and rocky roads. It wasn’t for the faint of heart as one critical miscalculation on the way meant plunge through dark ravines.

Yes, getting there is a challenge but it was worth it. Upon setting sight on it, I immediately understand the clamor for it. Perfectly set amidst the lush Cordilleran mountains, it offers serenity, a perfect oasis for those seeking refuge from the tedious realities of urban living. Shrouded in mist and fog, it is an otherworldly experience. The backwardness of it all enthralled the young me, fervently hoping to get the chance to explore its every nook and cranny.

Untouched yet then by human hubris, Sagada is just a simple quaint town that catered to the occasional traveler. A step into the old Sagada is a time warp, step into an ethereal fantasyland that captures one’s infantile imagination. Visiting the old Sagada is like stepping into a black and white postcard. Simple yet beautiful.

Houses then were not as large as they are now, and most were made out of woods. Back then, there were no major structures and everything seemed so simple. In spite of the relative backwardness of daily living, the residents seemed content on the tranquility surrounding them. Isolated atop the Cordilleran Mountains, Sagada is a mecca, an enchantress to the exasperated vagabond seeking an oasis amidst his arid world.

My hometown is blessed enough to receive a lot of His gifts. Scattered all over town are wonderful caves, breathtaking waterfalls, awe-inspiring limestone formations and a whole of other picturesque sceneries. Unfortunately for the young me, I wasn’t given enough opportunities explore its every nook and cranny.

But Sagada carried such enchantment and enigma that I can barely keep myself from it. Sadly, every time I return to Sagada, I can already see the traces of commercial development slowly creeping into my hometown. The old wooden houses are slowly being replaced with concrete structures. Where once stood a tree or trees is a commercial structure that is intended to cater the exponentially increasing number of visitors.

The Commercialization of Sagada

The vestiges of old Sagada that once exhilarated me are slowly being swallowed by the colossal monster called commercialization. As more and more buildings, inns, commercial structures are being put up, the virginal qualities that once enchanted me as a young child are nothing but a piece of my memory.

The uniquely antiquated atmosphere of Sagada is slowly turning into that all-too ubiquitous landscape that is swallowing every major tourist spot in our country. Sagada is no longer an enigma, it is no longer an enchantress. Like a fully dressed lady being undressed, trees are being cut while some mountains are being flattened to give way to “development”. Albeit it still every bit of that mecca it was then, it is slowly turning into a huge concrete jungle.

The influx of tourists also brought with it the sins of commercialization we witness all too well in every corner of our country. Data from the tourism office shows a marked increase over the couple of years. This meant increase in the demand for guest rooms, and subsequently, the building of additional inns and lodges. To pave the way for this, some portions of the mountains were flattened and trees were cut, unfortunately resulting to deforestation.

With the increase in number of visitors, Sagada is becoming too overcrowded. For a town of around 11,000 people, the population almost doubles during long weekends and holiday seasons. Because of this, the town center becomes overcrowded, and the narrow roads become clogged with the volume of vehicles that endure the long ride.

Moreover, garbage has become a problem. Unfortunately, not all visitors are as concerned of the environment as others are. They unabashedly throw their litters away where it is convenient to them. A photograph of a garbage-filled Kiltepan peak circulated online, underlining this burgeoning issue that must be addressed. Whereas the local government took immediate action, it is also incumbent upon the visitors to know the proper places to throw their litters.

Another issue that arose from this tourism boom is the sufficiency of water supply during peak seasons. Settled atop lush forest vegetation, water supply ought not to be a problem. However, such is not the case especially during the dry seasons because water supply must then be divided into three – to the residents, to the tourists and to the rice fields. Everyone is then advised to be very conscious of their consumption.

One inevitable drawback of the tourism trade is the opening of the Sagada culture to other influences. Sagada remains deeply rooted to its culture in spite of its development. Its residents still observe some rituals and traditions. However, these are being threatened, more so that they are not being respected. Apparently, some travel agencies are asking residents to perform sacred rituals as spectacles for visitors to witness.

It must emphasized that some of these rituals aren’t just performed when the need arises. Some are being observed on specific periods during the year. You are lucky if you get to visit Sagada on one of these periods. However, please never interfere in the performance of these rituals. These are sacred. So please dear visitor, practice RESPECT, it wouldn’t hurt you a bit.

To fellow travelers, please be very respectful if you visit. This is not limited to Sagada but to every place you visit now and in the future. Respect the place, respect the people and respect the culture. Everyone should practice that all too familiar mantra, “don’t leave no trace”.

The improvement of infrastructure opened Sagada to the whole world. With this, development has made its way to this quaint highland town. I have to be very clear on this. I am not against development. I have no right to envy Sagada of its growth. On the contrary I am happy for it because it means the betterment of its residents, or at least hope so. But development is a double-edged sword that can be wrongly used in the wrong hand.

We have to always remember that there is a very thin line between a good development and bad one. It is too early to tell which way Sagada is being driven into. What Sagada needs is sustainable development that balances the needs of its residents and the visitors. A misstep in this drive towards the 21st century could be very disastrous for Sagada because of its vulnerability to major disasters, landslides the biggest of them.

I love Sagada as the blood that runs on my veins originated from it. Unfortunately the Sagada of old that I fell in love with is slowly fading. So dear friend, if you intend to visit Sagada in the near future, the best time to visit it is RIGHT NOW, before it loses all its mysteries and enchantments. 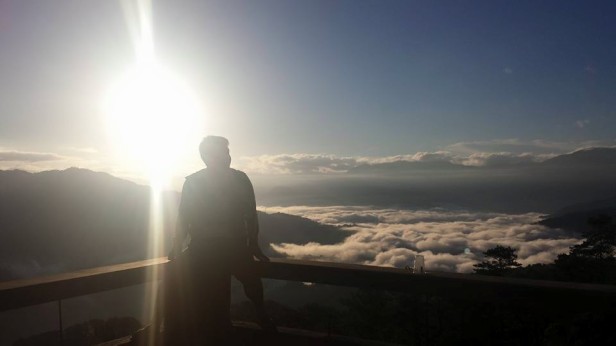 5 thoughts on “That Sagada Splendor”