Lily has grown up believing she accidentally killed her mother when she was just four years old. Now at fourteen, she yearns for forgiveness and a mother’s love. Living on a peach farm in South Carolina with her harsh and unyielding father, she has only one friend, Rosaleen, a black servant.

When racial tension explodes one summer afternoon, and Rosaleen is arrested and beaten, Lily is compelled to act. Fugitives from justice, the pair follow a trail left by the woman who died ten years before. Finding sanctuary in the home of three beekeeping sisters, Lily starts a journey as much about her understanding of the world as about the mystery surrounding her mother.

Stories set in the Deep South USA just possess this complexion that sets it off apart from other books. John Grisham, Pat Conroy and even Nicholas Sparks novels all possess that unmistakable rawness that the Deep South is renowned for. This rawness is something that is difficult to describe but its presence can be sensed interwoven among the litany of words. This is the same experience I had reading Sue Monk Kidd’s The Secret Life of Bees.

But before 2015, The Secret Life of Bees is among the books that I have barely heard of… until I began doing list challenges. It kept on appearing on many must-read lists. When I could no longer keep my curiosity, I purchased a copy of the book even though I barely had any iota on what it was about. I didn’t even read the synopsis when I purchased it! The title did pique my curiosity, aside from the fact that a lot of readers recommended it. I thought that it being about bees is interesting enough. But the book is more than about bees, as I soon learned.

The story follows the journey fourteen-year-old Lily Owens who ran away from her home. Lily’s mother was accidentally killed when Lily was four. Since then, she was raised by her father, T Ray Owens whom she often fought with. After Rosaleen, their black servant, got arrested for causing commotion when she stood her ground against white supremacist bullies, Lily broke her out of the hospital. Fugitives from the law, Lily brought Rosaleen to Tiburon, South Carolina because Lily thought that it would be where she’ll find the last vestiges of her mother.

To set things straight, The Secret Life of Bees barely has anything to do with bees although some fascinating facts about bees were inserted at the start of each chapter. The book extensively dealt on Lily’s development as a teenager. This is one of the best things about the book as Sue Monk Kidd treated Lily as an adult and not as a juvenile. However, even though she was from a “broken” family, she still has a lot to learn. Her journey to Tiburon with Rosaleen is more than about escape, it was about growth.

While staying with the Boatwright sisters, Lily’s perspective of the world was further opened as she learned about infatuation and love. But the book didn’t dwell on the puerile subjects as Lily had to learn how to cope with death, grief and pain as well. She also learned how to deal with rejection, with the ultimate aim of molding Lily into a a more complete individual. But her greatest lesson won’t come from the people she just met. It will come in the form of the person she left behind. Will she be able to handle the truth?

Lily is a well-developed character and narrator. Through Lily, Kidd was able to pass on her intuitive observations of human nature. Lily is a teenager but she was able to relate eye-opening themes such as violence, racism and inequality in a tone that is appropriate. Her voice resonates all over the book. As the readers dig deeper into the story, he grows along with Lily. Lily’s journey is this book’s most remarkable accomplishment.

Aside from Lily, the other characters were well-developed as well. Their insights and philosophies aided in Lily’s growth. The interaction amongst them were simple but natural and free-flowing. The language was neither condescending nor too strong. Imagine reading a Southern book mimicking all the nuances of the Southern twang. It is entertaining but did not lack the spirit of literature. 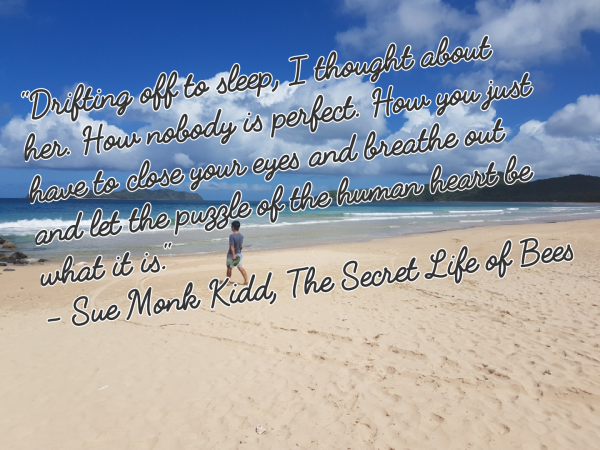 The Secret Life of Bees is the epitome of a Deep South novel, the drama, the story, and the book’s various characteristics are laced with the usual Southern flair. The story line is passé but Sue Monk Kidd was able to adeptly capture the sociological and cultural environment of the era that the story was set in. Sue Monk Kidd’s depiction of the 1964 Deep South is very unique.

The book is well-written, thought provoking and insightful, some of the things that I look for in books. The tone and pacing were perfect as well. The word choice is uncomplicated. However, I feel that there is more to the story. This is one of the stories I wished were longer. Moreover, Lily as a narrator really worked for the book even though it could have ended predictable.

Overall, The Secret Life of Bees is one of those books that I enjoyed in spite of its redundant themes, such as racism and abusive father (which reminds me of Pat Conroy’s The Great Santini). However, too much Southern book is nauseating but Kidd’s approach to the story-telling is not overbearing. Lily’s growth and her special relationship with Rosaleen is one of the book’s greatest achievements. Truly, this book is not your typical Southern novel because it has a lot more to offer.

Not recommended for those who find Southern novels nauseating, those who are fed up with the racism theme that prevails amongst novels set in the South, and those who dislike books narrated in the first person point of view.

Prior to her writing career, she worked as a registered nurse in her twenties and also taught as a college nursing instructor at the Medical College of Georgia. It was just in her early thirties that she began seriously taking into consideration a career in writing. She then took writing courses at Emory University and Anderson University. 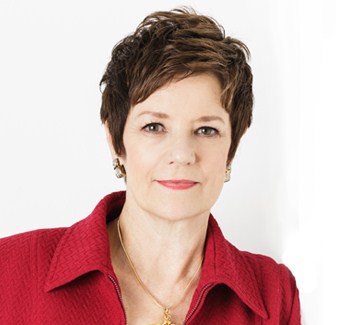 Her writing career officially began when her personal essay was reprinted by Reader’s Digest. She became a contributing editor at the Guideposts where her essay was first published. Prior to publishing her first novel In 2002, she first wrote three spiritual memoirs. Her first novel, The Secret Life of Bees was shortly followed by The Mermaid Chair in 2005. The latter won the 2005 Quill Award for General Fiction. Firstlight, a collection of short stories was published in 2006. Her next book is another memoir co-written with her daughter. Her latest novel, The Invention of Wings, was published in 2014.

She is married to Sanford Kidd and has two children. She is currently residing in Florida.