Set among the apple orchards of rural Maine, it is a perverse world in which Homer Well’s odyssey begins. As the oldest unadopted offspring at St. Cloud’s orphanage, he learns about the skills which, in one way or another, help young and not-so-young women, from Wilbur Larch, the orphanage’s founder, a man of rare compassion and with addiction to ether.

Dr. Larch loves all of his orphans, especially Homer Wells. It is Homer’s story we follow, from his early apprenticeship in the orphanage surgery, to his adult life running a cider-making factory and his strange relationship with the wife of his closest friend.

Of Discomfiting Subjects and Unwritten Rules

It’s going to take a while for the story to be removed from my system. Although it’s been a couple of weeks since I have read The Cider House Rules, vestiges of its brilliance are still stuck in my mind. I just randomly picked the book although I am quite familiar with the author, after having read two of his works already. What I never expected was the roller-coaster ride that it let me ride in. I was stoked beyond belief by this colossal work. It is truly one of a kind, one that readers will rarely ever encounter.

Some of you might ask, what is this hype all about?

“And the thing about love is that you can’t force anyone. It’s natural to want someone you love to do what you want, or what you think would be good for them, but you have to let everything happen to them. You can’t interfere with people you love any more than you’re supposed interfere with people you don’t even know. And that’s hard because you often feel like interfering – you want to be the one who makes the plans.” ~ John Irving, The Cider House Rules

It is the first half of the 20th century in Maine. Tucked in the old logging town of St. Cloud, Maine is an orphanage. In its pallid halls walked a host of ruffians and whores. In its obscurity, Dr. Wilbur Larch, the orphanage’s founder and director, performed abortions, known to be an illicit act. Albeit his addiction to ether, he conducted the abortions correctly and safely, respecting and caring for the female’s dignity and health.

It is in St. Cloud’s Orphanage that Homer Wells, the book’s protagonist, spent his childhood and teen years. He spent some interesting periods with foster families who proved to be dysfunctional. Homer ended up staying in the orphanage longer than expected. Meanwhile, he tried to be “of use” to Dr. Larch. To Homer Dr. Larch bequeathed his knowledge. This harmony between the master and the apprentice was disrupted by the sudden appearance of Candy Kendall and Wally Worthington. Through them, Homer found a suitable home at Ocean View Orchards, owned by Wally’s family.

The titular “Cider House Rules” refers to a set of rules placed at the Ocean View Orchards. Migrant workers are supposed to follow them, but ultimately, the rules are just vandalized and ignored. However, the tradition of putting up the rules never ceased. As the story approaches its ending, Homer realizes why these rules were never followed.

“The powerful wind swept his hair away from his face; he leaned his chest into the wind, as if he stood on the deck of a ship heading into the wind, slicing through the waves of an ocean he’d not yet seen.” ~ John Irving, The Cider House Rules

What is fascinating about The Cider House Rules is the way it dealt with a number of complex, uncomfortable and controversial subjects. Albeit dark, these subjects have the tendency to unsettle readers and even the characters themselves. Irving served the readers a thought-provoking tale. His profound portrayal of abortion, its causes and effects, makes one ruminate deeply and seriously on this subject, especially on a personal level.

Irving sparks debate on abortion. Adopting a more conversational tone, he presented two schools of thoughts – the pro-choice and the pro-life. One can easily glean Irving’s stance on the subject – he is pro-choice. This becomes more pronounced as one digs deeper into the narrative. Through Homer, Irving cleverly balanced the equation; Homer has a zest for life and wants to make a positive contribution to society. The issue of choice was perfectly framed by Irving, showing on varying levels the impact of abortion, non-abortion or botched abortion on someone’s life. It is impossible not to have an opinion on the subject after reading this book.

There is also an interplay on different dark and heavy subjects that ties up cleanly with the narrative’s primary subject. These subjects include pedophilia, teenage pregnancy, and prostitution. These are discomfiting subjects, but Irving found the right balance in portraying them. He carefully constructed a picture that can easily be appreciated sans being repugnant. There are just some uncomfortable realities in our lives.

“You are my work of art. Everything else has just been a job. I don’t know if you’ve got a work of art in you, but I know what your job is,and you know what it is, too.” ~ John Irving, The Cider House Rules

Beyond the complicated labyrinth of these discomfiting subjects, the narrative flourished in its depiction of the story of Homer, chronicling every critical event in his life. There is a tenderness in his father-son (rather than the master-apprentice) relationship with Dr. Larch. He also develops a complex and taboo love which draws him away from his real father figure.

His life is populated with interesting characters, such as Melony, his fellow orphan. The subplot that branches out from their unusual friendship highlights another set of difficult subjects such homosexual relationships, violence against women among others.

In spite of its complexity, it was wonderfully crafted by John Irving. Its interesting subplots converge and link to an even more interesting main storyline. However, it does take time to warm up to the narrative. The first few hundred pages laid the circumstances and the characters upon which the narrative revolved on. The story’s pace started picking up from the midpoint.

The Cider House Rules channeled all elements that define a good John Irving novel – interesting albeit complicated storyline riddled with moral and philosophical undertones; humane and unusual but genial characters with peculiar life experiences; and of course, Irving’s nuanced brand of humor that borders on the inane. It blurs the lines of what is morally good and bad by carefully treading the waters in between.

Then again, not all books are for everyone. The narrative swirls into a storm that plays host to a plethora of difficult and, at times, discomfiting themes and subjects such as war, morality, betrayal, life, death, incest, prostitution, violence against women, pedophilia, abortion; the list could go on. The obstinately pro-life readers won’t find any leisure in reading the book – it does paint vivid descriptions of abortion and fetuses. It is this storm that leaves an indelible mark on the reader’s mind.

At the heart of it, The Cider House Rules is a strange mix of compelling but complicated subjects weaved altogether in an abstract yet wonderful tapestry. It is a book that is literally about rules – both written and unwritten. Some of these rules are broken and some needed to be created to fit the need. Through brilliant storytelling, Irving highlighted the concept of fate and how our choices are linked to the lives of others; playing by the rules is but a moot point.

I also loved how Irving incorporated the works of Charles Dickens and Charlotte Bronte into the story. This is perhaps the reason why the book draws comparison with one of the former’s works. However, The Cider House Rules is a class on its own in the same manner that just like the aforementioned Dickensian work. It is a memorable and fond literary experience that will always remain with me. 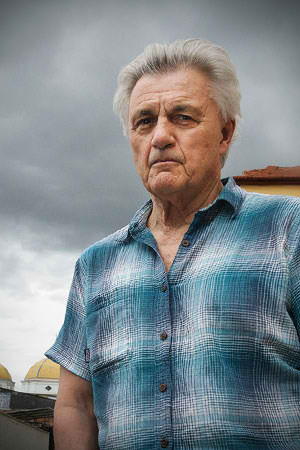 He studied at Phillips Exeter Academy. Academically, he excelled in English and by the time he graduated, he wanted to write novels. It wasn’t until he met John Yount, a young Southern novelist, at the University of New Hampshire, that he received encouragement. John Irving was once quoted saying, “Yount was the first person to point out that anything I did except writing was going to be vaguely unsatisfying.”

Irving enrolled at the Institute of European Studies in Vienna in 1963. When he was 26-years-old, he published his first novel, Setting Free the Bears (1963). The book met modest success together with his second and third novels, The Water-Method Man (1972) and The 158-Pound Marriage (1974). His first commercial success was with The World According to Garp (1978). True to his publisher’s promise, it became a cultural phenomenon and was a finalist for the 1979 National Book Award for Fiction.

John Irving is a passionate wrestler, and he even played the role of a wrestling referee in the film of The World According to Garp.