The year has finally reached its midpoint. It is also a time to reassess how the year has been going so far. Mid-year freak out tag is just the right (and justifiably so) gauge to measure how one’s reading year has been so far. I have to admit though, “freak out” is a big of an exaggeration. Basically, the tag is composed of fourteen questions that

But before any ado, you might want to know how my reading year has been going so far. Well, it has been a slow reading year, which has been the case for the previous years. I have the tendency to slop down in the first half then pick up the pace in the second half of the year. Here’s a summary of the reading lists I have for the year and the current status (as of June 30, 2019):

I am hoping that I’d pick up the pace in the second half of the year. Before I get carried away again, here goes my own version of Mid Year Freak Out Tag.

The runaway best book I’ve read so far this year is this poignant tale narrated by a cat. Written sans too much aplomb, it is an introspective story about life. It is a pleasant read but hits you hard at the part you least expected it to. I already had an inkling of how the story was going to end but it didn’t prepare me with the impact, when what I’ve predicted it to be started taking shape. Nana and Satoru’s unusual relationship is heartwarming. Who said only dogs are loyal to their masters. Cats are lovable and are loyal, too.

Runners up: The Bell Jar by Sylvia Plath, Milkman by Anna Burns, The Tin Drum by Gunter Grass

None. As has been the case in 2017, I am reading stand alone books this year, so far. Do I see myself reading any sequels? Perhaps, when The Handmaid’s Tale’s sequel is to be published later this year.

3. New release you haven’t read yet, but want to

This book was released this June and is part of my 2019 Books I Look Forward To list. Luckily, I was able to avail a copy of the book (which can be quite challenging to do in the Philippines). I’ve already started reading it because of my burgeoning curiosity, making it form part of my July 2019 Asian Literature Month. I hope it lives up to my expectations.

4. Most anticipated release for the second half of the year

When Margaret Atwood announced earlier this year that she is going to release a sequel to her monumental The Handmaid’s Tale, everyone was automatically on their toes, including yours truly. The Handmaid’s Tale remains to be one of my best reads and I am curious at how Atwood is going to translate The Handmaid’s success into her latest work. Nevertheless, I am looking forward to it

They Both Die at the End by Adam Silvera

Does it even come as a surprise? To be honest, the book had promise because of its interesting premise. But then again, it fell into the same hole that many a young adult fiction falls into. And that ending, truly horrible after how Silvera guided his readers around New York City with his two main characters. I was about to choose Crazy Rich Asians; it was just more entertaining.

The Door by Magda Szabo

Here’s an unusual surprise. I am very glad and thankful that I picked this Hungarian classic. Albeit its bleak atmosphere, it didn’t disappoint at the very least. It contains a lot of symbolism and insights on how it is to live in Hungary.

7. Favorite new author (debut or new to you)

Chimamanda Ngozie Adichie. She amazed me with her writing in Half of a Yellow Sun. It is a heavy read that relies a lot on history but she was able to bring out the best out of the story. She made the words and emotions flow. Through her masterful storytelling, she painted on me a different picture of Nigeria, its trials and its tribulations.

Nana. I cannot hide how much I really love Arikawa’s The Travelling Cat Chronicles that I even chose the primary character, a cat at that, as my newest favorite character. He was just that entertaining and memorable. Moreover, he does mirror me in so many ways. Perhaps I am really a cat person at heart? Maybe…

(AGAIN) The Travelling Cat Chronicles. A no-brainer really although it didn’t really make me cry. The book’s ending (no matter how I foresaw it) did, however, awaken some emotions within me. It is very rare that I respond this way to works of fiction, which is a testament to Arikawa’s storytelling skills.

11. Book that made you happy 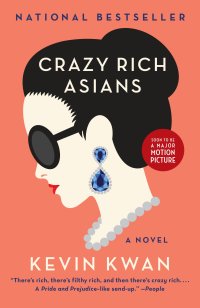 This eccentric novel really drove me crazy, in a funny sort of way. I know that I might not be living up to the question (I am taking it literally) but still, I can’t forget the ruckus this crazy narrative gave me. At its heart, it is a satire of the lives of the overly rich Asians and satire did work. It was still lacking on the “literature” part, however. An entertaining read doesn’t always equate to a good read.

12. Most beautiful book you’ve bought so far this year (or received)

The glossiness of this graphic novel really captured my imagination (and my curiosity). Admittedly, I have already encountered the book in must-read lists. I never imagined I would encounter a newly printed copy of the book. I just to buy it, without second thoughts. It was painful on the wallet though. Hahaha.

13.What books do you need to read by the end of the year?

Gone with the Wind by Margaret Mitchell

Personally, I don’t have a list of books I need to read by the end of the year which is contrary to the lists I have given above. To be fair, I don’t want to pressure myself into completing all but if there is one book that I really want to read this year, it would be this American literature classic. I’ve been looking forward to it for many years already and maybe it is high time to get down to it and immerse in the beauty of its narrative.

None. The only book community I am part of is Goodreads. And I am not even that active in interacting with fellow readers. Hahaha.

So there goes my version of the Mid-Year Freak Out Tag. Interested to do it? Go ahead. Just don’t forget to tag me. 🙂