Who’d have thought that six months have already zoomed past. The COVID-19 pandemic has certainly reset the way we conduct our lives. With six months nearly done, it is also time to reassess how the year has gone so far. This book tag, which I first did in 2017, sounds just the right (and justifiably so) gauge to measure how my reading year has gone by. I have to admit though, “freak out” is a big of a hyperbole as it is too early to push that panic button; perhaps sometime in October or November, LOL.

You can check my previous editions below:

Before proceeding with the book tag, let me do a quick run through of how my reading year has gone so far. Because of the prolonged quarantine (Philippines has one of the longest imposed quarantines), I was afforded time to catch up with my readings. This momentum gain made me update many of my reading challenges. An example is the Goodreads Reading Challenge goal which I have increased to 75, from the original target of 60 books. Here’s a summary of the reading lists I have for the year and the current status:

I now realize how many reading challenges I have signed myself up for. Haha. Thankfully, I have made headway with most of them. The only one I am lagging behind is the 2020 Top 10 Most Anticipated Books. The current situation made it difficult availing copies of the book in the list. Fortunately, I was able to purchase two books from the list and I am raring to consume them in July. Without further ado, here goes my own version of Mid Year Freak Out Tag. 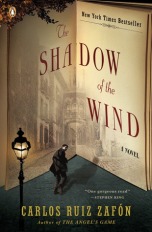 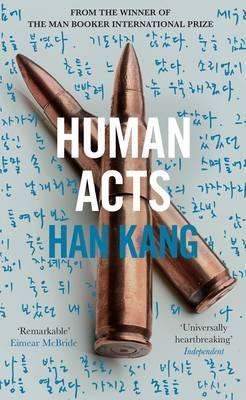 Unlike the previous year, so far, there is no clear runaway winner for the best book this year. After reading forty books to date, there were a lot of books that have really captured my attention. 2019 Man Booker Co-Winner Bernardine Evaristo’s Girl, Woman, Other was my first read for the year and I guess it was a precursor to what has been an excellent reading year so far, as you may glean on the number of books I consider my best reads. I equally love these books and their diversity have

None. I have been reading standalone books this year, or the first book in a series (like Carlos Ruiz Zafon’s The Shadow of the Wind)

3. New release you haven’t read yet, but want to 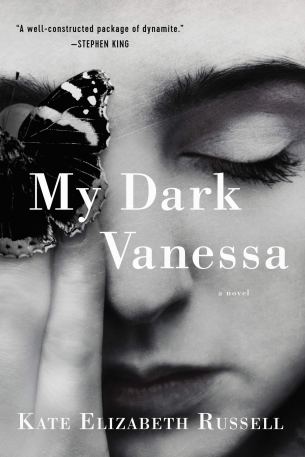 Both books are part of my 2020 Top 10 Books I Look Forward To, books that were highly recommended by literary pundits while I was researching for books to include in the said list. I have encountered many positive responses for both books recently and I am giddy in anticipation for  both books because both are favorably looked upon. By sheer luck, I managed to purchase copies of the book when I last visited my local bookstore.

4. Most anticipated release for the second half of the year

Actually I researched on this right now but I am placing Ayad Akhtar’s Homeland Elegies as my most anticipated release for the second half of the year because its premise captured my attention. I have read a score of books about Afghan heritage but I have rarely read stories involving Pakistani heritage. Akhtar is a screenwriter who won the 2013 Pulitzer Prize for Drama. Homeland Elegies is his second novel. His first novel, American Dervish, was published in 2012. 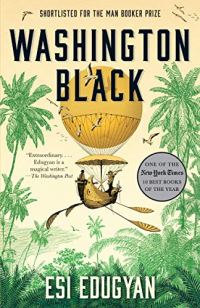 I was actually looking forward to this book because it was highly-regarded, even forming part of The New York Times 10 Best Books of the Year. To be fair, it was really well-written and the premise was very promising at the start. However, Edugyan didn’t build up on the successes of the book’s earlier parts. The narrative fell apart when it pivoted towards becoming an ordinary adventure novel.

I was ambivalent about reading this book despite the recommendation of a devout book reader whose taste in books I trust. I am very glad that I overcame that ambivalence as what unfolded before me is a tale that broke my heart and moved me deeply. This is a 360-degree turn from my first Han Kang experience, The Vegetarian.

7. Favorite new author (debut or new to you)

Ayọ̀bámi Adébáyọ̀. For the second year running, I am naming an African writer as my new favorite author. Adébáyọ̀’s Stay With Me was heartbreaking but heartwarming as well. It made me ride a memorable emotional roller coaster.

The Shadow of the Wind’s Fermin Romero de Torres. Fermin is Daniel Sempere’s sidekick. However, his story provided spice to the main story line. Rather than being a distraction, it was a great subplot. His wit and his loyalty made him a memorable character.

Human Acts follows the story of individuals involved in the 1980 Gwangju Uprising. It depicted several heavy and difficult scenes, most of which are heartbreaking. In a nutshell, Human Acts is the story of how a singular event can alter the lives of many and the face of an entire nation. It is also the story of humanity and picking up the broken pieces of history.

11. Book that made you happy 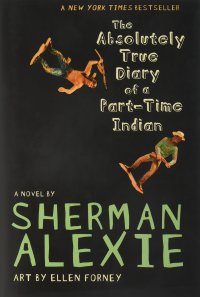 Alexie packed Arnold Spirit Jr. (his alter ego) with so much wit. He had such an entertaining perspective of everything although his story had some dark shades as well. It was a very light and pleasurable read despite this and I wish the story was longer. Because of its leisurely pace, I managed to complete reading the book in a day.

12. Most beautiful book you’ve bought so far this year (or received) 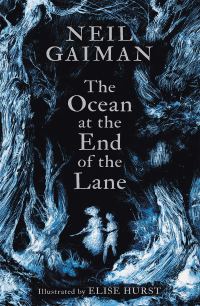 The Ocean at the End of the Lane by Neil Gaiman

It was late last year that I first encountered the illustrated copy of Neil Gaiman’s The Ocean at the End of the Lane while browsing through my local bookstore. It immediately caught my attention because of the mix of blue and black colors (plus it’s hardbound). I put off buying it because I was hoping someone will buy it for me as a gift; it was nearing holiday season then. Unfortunately, no one heard my plea so I bought a copy of the book during my last trip to the bookstore. Together with My Dark Vanessa, and The Girl With the Louding Voice, it is a gift for myself for my upcoming birthday.

13.What books do you need to read by the end of the year?

I actually have a lot of books that I want to read before the year ends but if there is one particular novel I am really looking forward to, it would be Hungarian writer Peter Nadas’ Parallel Stories. Nadas is a new territory for me; the first time I encountered his name was during last year’s mad dash for the Nobel Prize for Literature. This book is part of my 2020 Top 20 Reading list, hence, I really must read it before the end of the year. Apart from that, it is a historical novel set during the Second World War. These are always good combinations by my book.

Apart from WordPress, Goodreads is the only book community that I am part of. Well, WordPress is not even a book community but through it, I have encountered several bookworms who share the same passion I have. In WordPress, Emer @ A Little Book Haze and Happymess Happiness are among my favorite members.

So there goes my version of the Mid-Year Freak Out Tag. Interested to do it? Go ahead. Just don’t forget to tag me. 🙂