365 days have finally drew to a close. In its stead is a fresh set of 366 days. With the conclusion of a year is the commencement of a new one. Whilst the future is brimming with a whole world of prospects, the past is also indicative of how the future is gong to shape up. To celebrate the year that’s been, I am looking back to 2019, its hits, and of course, its mishits.

Carrying on from the momentum I gained in 2018, I was able to complete 56 books during the year. It is a decent number considering that I started working again in late March. I could have finished more but it is still fine because I am earning again!

I am starting off this mini-series with my eight not-so-favorite reads because I believe that it is better to start with the “bad” before proceeding with the “good” (*tsk*). 2019 was highlighted by a score of great and memorable reads. Unfortunately, there were also some that failed to create much of an impression me. There were even some that pushed me to a dire case of frustration. The list is in no particular order.

1. The Tattooist of Auschwitz by Heather Morris

I picked up Heather Morris’ The Tattooist of Auschwitz randomly whilst I was on one of my impromptu trips to the mall which inevitably led me to the bookstore. At first, I wasn’t taken by the book but after numerous moments of indecision, I finally took it; the title did it for me. As expected, the story was set during the Second World War, a subject that I’ve been reading a lot quite lately. The big difference is that the main character is an actual prisoner in the Auschwitz concentration camp. The story of Lale Sokolov, without a doubt, needs to be told. Not only is it interesting, it is insightful as well. The execution, however, was sub par. There is no prose to speak of. It was palpable from the onset that the book is meant for the big screen. I despair the execution because it could have enhanced the story’s message further.

2. They Both Die at the End by Adam Silvera

Okay, I admit it. I am not a young adult fiction junkie. Nevertheless, I do my own fair share of reading books from this genre. And I did genuinely like some like Benjamin Alire Saenz’s Aristotle and Dante Discover the Secrets of the Universe. They Both Die at the End, however, is no Aristotle and Dante. The writing was better than most YA fiction I’ve read. My biggest issue was the story itself. Silvera manufactured an ephemeral story with a very forgettable and predictable conclusion. I knew where the story was headed but I hoped desperately that my hunch was wrong. But looking for any ray of hope was like looking for a needle in a haystack.

You can check my full review here.

3. The Perks of Being A Wallflower by Stephen Chbosky

Yep, unsurprisingly, another young adult fiction. To be fair, The Perks of Being a Wallflower is a book I badly wanted to read after watching the movie (which starred the always regal Emma Watson). I liked the book, at the start. Charlie, although an unreliable narrator but is witty in a, well, different kind of way. The book dealt with a lot of prevalent issues teenagers encounter, which was something to be expected. However, what I lament was the lack of solid conclusion to these issues and concerns. Like Pandora’s box, they were opened but no satisfactory resolutions were made. Maybe it was due to the way the story was conveyed. Perhaps.

I guess this is pretty much expected. I even knew it the moment I picked up the book in the bookstore. At times, I can be pretty much a bandwagon reader. I was dazzled by the movie adaptation of this book. Ironically, I have never watched the film but I was very willing to bet on the book. As expected, the story was entertaining. ENTERTAINING. The story is filled with fun loving characters who mutter witty lines. But that is where its value ends. Whilst the characters are entertaining, many are underdeveloped but maybe that is their true value. The book was just bereft if literary value. It was all fun and games. Just like The Tattooist of Auschwitz, it is a book that is movie-ready. The author knew it himself. 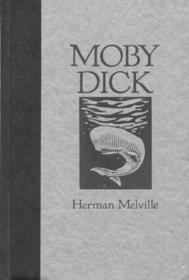 It is without a doubt that Herman Melville’s Moby Dick is a literary classic, by some measures. However, I’ve always found it fascinating how it could have very low ratings in Goodreads. Despite the low ratings, I was nonplussed. I wanted to dive into the book and get to understand what may a reader found off putting in the book. I thought I would find a different answer, but I just found myself utterly confused. The writing and the language is a bit rustic, perhaps archaic at some points. The main problem is that majority of the book is unreadable. It got confusing when Captain Ahab’s and Ishmael’s personas merged. The positive thing about the book is that it is meditative. Captain Ahab’s fascination and conquest is spiritual, not the religious kind of spiritual but one that is all-consuming.

A History of Philosophy. Wow, that is quite a tall order, one that really piqued my interest, hence, Sophie’s World’s inclusion in my 2019 Top 20 Reading List. I was expecting a powerful and insightful narrative. Or at least, interesting. To be fair, the book is really interesting, especially the parts when the history and evolution of philosophy is being discussed. For all its discussion of history, there was no actual story. It didn’t help that the dialogues were quite terrible. Sophie is one whiny, ephemeral character. I guess the book’s biggest issue is that it was overwritten. There were too many details but very little story in between. Gaarder’s aim gets muddled in the process.

You can check out my full review here.

Now, this is something that is quite unexpected – a memoir. I rarely read nonfiction books, preferring the wild imaginations of fictional works. But I was looking forward to Angela’s Ashes, nonetheless thinking that it was a promising literary piece. Well, it was. The writing was fine – poignant and nostalgic, the reasons why I love Irish writers. The writing is faultless. The story, however, is an entirely different matter. I get it, McCourt grew in abject poverty but what came across is an over-sensationalized and over-romanticized drivel. The story felt too manufactured. The actual elements were enhanced to make the story more dramatic, or melancholic, which it had, in abundance. McCourt also came across as a whiny child. He got my sympathy at first before I realized how superficial, or simply unbelievable, most of the elements were. Maybe McCourt had a rough childhood and was aiming for a positive impact. It did not came across, unfortunately.

Arturo Perez Reverte’s The Seville Communion is also one of those random purchases that I made last year. What made me gravitate towards the book is the author. One of his books (if I am not mistaken) is included in the 1,001 Books You Must Read Before You Die. This made me want to give this book a go, so much so that I read it ahead of many books that have been gathering dust on my bookshelf. For a work of mystery and suspense, this is rather painstakingly slow. The story took time to develop. Whilst the language was captivating, the execution (once again) fell short. In the end, the story came across as bland and lackadaisical. However, this mundane reading experience is not stopping me from reading more of Reverte’s work.

How about you fellow readers, what books fell below your expectations? Or just disappointed you? Do share in the comment box.