365 days have finally drew to a close. In its stead is a fresh set of 366 days. With the conclusion of a year is the commencement of a new one. Whilst the future is brimming with a whole world of prospects, the past is also indicative of how the future is gong to shape up. To celebrate the year that’s been, I am looking back to 2019, its hits, and of course, its mishits.

Carrying on from the momentum I gained in 2018, I was able to complete 56 books during the year. It is a decent number considering that I started working again in late March. I could have finished more but it is still fine because I am earning again! Haha.

In 2019, I was able to complete reading 56 books, from 56 different authors. I believe it was the first time that all books I’ve read during the year were written by different authors. What is even more notable is that, of these 56 authors, 48 are authors whose works I a reading for the very first time. I am a reader who would rather read authors who are I am familiar with; it’s why I am very surprised that only eight authors I’ve read in 2019 are repeat authors.

From these 48 new authors, there were those who truly made a deep impression on me. Here are these authors who impressed me with their works. I am looking forward to reading more of their works.

Work read: The Map of Salt and Stars

Zeyn Joukhadar’s The Map of Salt and Stars is one of my favorite reads of 2019. The marriage of lore, current events and Joukhadar’s sharp and assured writing resulted into a narrative that is brimming with color and pulsating with verve. What is even more impressive is that this is Joukhadar’s debut novel. Her second novel is to be published later this year and I am already looking forward to the experience. 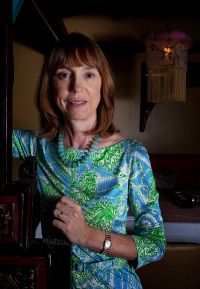 Historical fiction is a recurring genre I encountered in 2019. Not that I am complaining though as I was able to find numerous treasures from this heap, including Lisa See’s The Island of Sea Women. The story is fascinating enough but See’s writing made it flourish. I loved everything about the book and made me appreciate See’s storytelling. Many a reader says that this is not her best work so my curiosity is piqued as to her “best” work” because this book, which to some is mundane, already impressed me.

Min Jin Lee is an Korean-American author who only discovered her true calling later in her career. Pachinko, her second novel, published 10 years after her first, is an epic saga about a Korean family who moved to Japan amidst the strife between the two countries. To say it was epic is an understatement. It is a nostalgia laden recount of the tumultuous relationship between the two nations.

Work read: The Sailor Who Fell From Grace With the Sea

The Sailor Who Fell From Grace With the Sea is an allegorical piece about the struggles Japan faced post-World War II. It was brief but insightful. To some, it is a representative of Mishima’s work but not one of his finest. It wasn’t perfect but its adherence to the traditional Japanese writing made the journey worthwhile. This will, however, prepare me once I tackle his magnum opus, The Sea of Fertility Tetralogy. 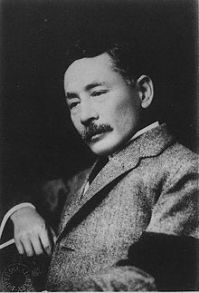 Botchan was my first dive into Sōseki’s extensive bibliography. The struggles of young man used to the comforts of the big city while living in the country side as a teacher showcased the Japanese author’s capabilities of capturing slice of life moments. It was vivid, it was humorous, it was very Japanese although it wasn’t the Soseki I was looking forward to (for the record, it is I Am a Cat) but it me enough insight into his storytelling.

Vietnamese-American authors give off a different vibe, as shown by Ocean Vuong through his debut novel, On Earth We’re Briefly Gorgeous. It was a wonderfully lyrical piece (he is a poet after all) that caught my attention from the onset. At times it was melancholic but the vivid portrayal of the various struggles of the main characters gave life and color to this amazing debut work. I am looking forward to more of his works.

Drndić gave me yet another reason to celebrate my (unplanned) venture into the world of historical fiction. I was truly impressed with Trieste, from the writing to the intricate details, to the plot to the overall structure. There was just something different about the book that separates it from the ubiquitous novels about the Second World War. It was just distinct and although Drndić has already passed away, I am nonetheless looking forward to the rest of her works.

Work read: The General of the Dead Army

It wasn’t my first time hearing about Albanian author Ismail Kadare. His work, A Girl in Exile was actually part of my 2018 Books I Look Forward to List although I never got to avail a copy of the book. It was still fine as The General of the Dead Army gave me an intimate peek into the complexity and the heart of Kadare’s work. It will always be Albania, a fascinating country on the Balkan Peninsula I want to visit in the future. For now, I am hoping that Kadare’s works will give me a visual feast of his home nation.

Work read: Half of A Yellow Sun

Half of A Yellow Sun. Yet another historical fiction but, now, it brought me to the hinterlands of the African continent, to Adichie’s home nation of Nigeria. Unsurprisingly, it was about a war (which is inevitable) and the struggle for independence. Adichie’s writing was vivid, firm and assured, making me feel comfortable immediately of her writing. I already have a copy of Americanah and I can’t wait to read it after my experience with Half of A Yellow Sun.

Anna Burns’ Milkman won the 2018 Man Booker Prize and earned her international recognition (including mine). I was so happy when I was able to purchase a copy of her winning masterpiece that I immediately dived into it. What can I say? It was scintillating, imaginative, and out-of-the-box. She played with my imagination in a way that is pleasant. Needless to say, I want to explore more of her works.

Work read: The History of Love

All the while I thought that The History of Love is literally about the history of love and that it would be a mundane reading experience. I was proven wrong as within its confines are fine textures of history, of destiny and of star-crossed lovers. Sounds ordinary enough but the nostalgia the book was laced with aroused deeply hidden emotions. It was a reading experience like no other.

The Travelling Cat Chronicles ended up being one of my favorite reads of 2019, and of the past decades. It was a heartwarming tale about the unusual relationship of a tomcat and his master. As heartwarming as the story was, it was also heartbreaking, but in a pleasantly different way. To say I cried a river is an understatement. Arikawa’s powerful writing is simply breathtaking.

How about you fellow reader, which authors impressed you in 2019? I hope you get to share it in the comment box as I am more than interested in knowing your answers.