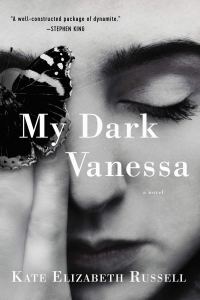 2017. Amid the rising wave of allegations against powerful men, a reckoning is coming due. Strane has been accused of sexual abuse by a former student, who reaches out to Vanessa, and now Vanessa suddenly finds herself facing an impossible choice: remain silent, firm in the belief that her teenage self willingly engaged in this relationship, or redefine herself and the events of her past. But how can Vanessa reject her first love, the man who fundamentally transformed her and has been a persistent presence in her life? Is it possible that the man she loved as a teenager – and who professed to worship only her – may be far different from what she has always believed?”

I capped my June 2020 American Literature month with my very first Thomas Pynchon, Gravity’s Rainbow. It was also my 41st book for the year, which means my reading target of 75 books this year very much possible. I am crossing my fingers for that. I am actually hoping to hit 80 books but with two more 1,000 book pagers to read, I have to make things a little realistic.

Now moving on to July. I am opening the month with Kate Elizabeth Russell’s My Dark Vanessa, a title that I’ve been looking forward to since the turn of the year. The interest was piqued at the start of the year while researching for 2020 books to look forward to. My Dark Vanessa is such a very interesting title and has such a very intriguing premise that I was immediately bought. It helped that I read some positive reviews from my fellow book bloggers, further making it imperative for me to read the book. Unfortunately, it took my months before I finally managed to purchase a copy of the book and it was on my first venture to the mall since restrictions were lifted (I exercise caution).

I just started reading the book. The opening atmosphere has a Gothic feel to it, reminding me of Daphne Du Maurier’s Rebecca. There was something eerie hovering somewhere. I am surprised because the book is neither a mystery nor a horror novel. This might be because of the burgeoning anticipation. Vanessa’s opening narrative made me feel a little giddy suddenly.

The novel touches on a timely and seminal subject, one that has started making the rounds lately. The rise of the #MeToo movement aroused the interest of everyone as scandalous acts of powerful men were slowly exposed by their victims who, for years, hid behind shrouds of anonymity, fearing a huge backlash. This movement as invited a throng of writers as well who dived deeper into the subject and produced literary works that are both thought-provoking and eye-opening. Anna Burns’ Man Booker winning work, Milkman, comes to mind. My Dark Vanessa also comes to mind.

Unsurprisingly, My Dark Vanessa stirred some controversy. With a subject that is dark and heavy, it was inevitable, perhaps even expected. But the accusations remind me that traumatic experiences are often shared. The mental anguish, the internal scars, the trauma are often similar, regardless of the demographics. Maybe that is the reason why My Dark Vanessa has invited such. It seems that the psychological aspect of the story is the novel’s centrifugal point. It seems to careen heavily that way rather than on the facts. In a way, I can understand Russell’s thought process. The subject has been portrayed countless times so she wants to step out of the mold and tackle the subject from a different angle. That I have to admire.

I am still in the process of getting to know Vanessa as a person. She does have a very complex thought process. She shy and timid on the exterior but the interior shouts other wise. This makes her a very curious study. I hope that the story sustains this interest as it progresses. The story shift between the past and the present gives a different tempo to the narrative. The writing and language are both easy to digest, and does possess that Gothic feel I’ve mentioned at the start.

I have very high hopes in the novel but I hope that it won’t be deflated, as sometimes is the case. There is so much to look forward to – Vanessa’s growth, her realizations, and how Russell handles the sensitive stuff. I know that this novel is a very timely and relevant read but I hope Russell did enough to shed more light on this subject. I hope I could finish it this weekend. Despite the tempo, it does feel like a quick read.

How about you fellow reader, what book are you going to read this weekend? I hope it is a book that you’ve been looking forward to. Moreover, I hope you enjoy it. Keep safe! And happy weekend!