2017 has drawn to a close and it is now time to look back to the year that was. Overall, 2017 was a slow year compared to prior years. Nonetheless, I was still able to find time to gobble up some wonderful books. This book wrap up is a part of a mini-series which will feature the following:

I have read so many thrillers and mystery novels that I am always on the hunt for fresher perspective on this particular genre. One such book that I hoped would grant me this is Paula Hawkin’s The Girl on the Train, which, a few years back, has created quite a hype, especially when it was turned into a movie. Because of the hype, this book made my list of most anticipated books.

Unfortunately, all that hype was for naught. I found the book disappointing. Yes, the tenterhook was kept to a maximum but overall, it was just a mundane story about a half-crazed woman playing amateur sleuth to solve a mystery she thought was unfolding before her. This would have been somewhat a decent mystery novel – it was gripping and engaging after all. But there was nothing in it that spells spectacular. 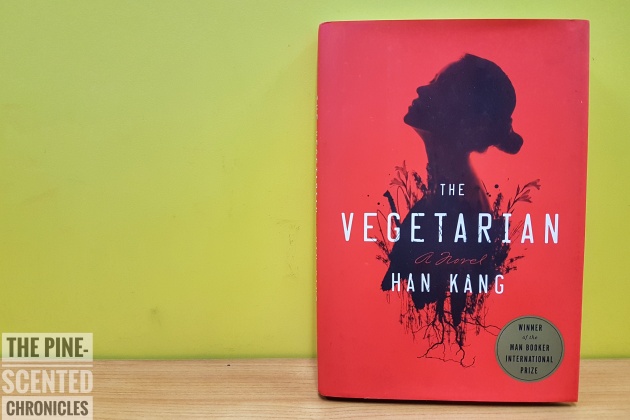 There’s something between magical realism and East Asian authors. It is the genre that made Haruki Murakami a household name amongst readers. Then there is also Han Kang, a Korean writer who have followed suit as well. Although The Vegetarian was published in 2007, it was only in 2016 that it gained world-wide recognition after it won the 2016 Man Booker International Prize.

It was through a fellow blogger’s recommendation that I wanted to read this book. But just like the prevailing issue I had with Murakami books, I had a doubly hard time understanding the book. In spite of its short narrative, it gave me a lot of those WTF moments that I rarely experience. At first, it was simple enough but as the story got along, it got more complex, more twisted. In the end, I was left with more questions and answers.

Read my review of The Vegetarian here.

With three of the six books in the list belonging to young adult fiction, I have clearly established that I am no fan of young adult fiction. Most YA books reek of mediocrity. There are some great YA fiction books out there but I guess but I don’t seem to have the luck as I often get stuck with very mundane books.

Jennifer Niven’s Holding Up The Universe just gave me another reason to be very critical of YA fiction. Overall, the writing style just failed to impress me. There was nothing in the book that spelled m-a-g-n-i-f-i-c-e-n-t. In a world teeming with YA books, this book was just too ordinary. Thankfully, the book had very believable and relatable characters.

Read my review of Holding Up The Universe here.

Robert Langdon stars in what promises to be another gripping Dan Brown novel. Freshly released, I immediately bought myself a copy of this book, making it my first Dan Brown book purchase even though I have read all of his seven works before. Thinking that it would be a great respite from the challenging reads I have had lately, I read this novel ahead of all the books that are gathering dust on my bookshelf.

As literary reads, Dan Brown books are a bit off the mark. The usual elements of a Dan Brown novel are there but Origin lacked the important facets – a fast-paced and gripping adventure, and a rich tome of symbolisms. The limitation on these elements greatly diminished my appreciation of the book. On a more positive note, the book portrayed more current events and issues, making it more relevant in our times.

Read my review of Origin here.

Another returning author for the year is John Green. When I learned that he is releasing a new book during the year, I was literally heavy in anticipation because he has grown on me in spite of my unfavorable view on young adult fiction. The first instance I saw a copy of the book, I immediately grabbed a copy.

To curb my anticipation, I immediately delved on the book the first opportunity I got. Unfortunately, I was disappointed. I expected so much more from John Green, especially that I was also disappointed with Paper Towns. The biggest issue I had with the book is really the plot itself. John Green made a decent effort to combine anxiety issues with teenage sleuthing. That is the thing – it was stuck at decent. To its credit, the book had a very promising start. But as I read deeper into the book, it felt like it evaded all logic.

Read my review of Turtles All The Way Down here.

And finally, my least favorite book for the year is…

Unsurprisingly, a young adult fiction novel earned the notoriety of being my worst read for 2017.

Lang Leav has established quite a reputation for her her poetic prowess. Even I who is not into poetry was spellbound by her works, at least the ones I see being shared on social media outlets. Because of this, I was looking forward to her debut novel. I was expecting that her poetic prowess would translate well into prose. But again, I was proven wrong.

I was being generous when I rated this book two stars out five because I wanted to give it just one star. Just like John Green’s latest work, Sad Girls tried to build its story around the comorbidities of anxiety. However, Lang Leav failed to make something out of it. The plot and the story in itself is confused, and so are the main characters. Leav also tried to mix in her poetry but it only muddled the narrative. To cut it short, it just didn’t work even though there wasn’t much elements to it.

As a reader, I believe that in order for a young adult fiction to work, it should have believable and relatable characters. The story mainly revolves around them and to win readers, it is important that they are someone readers can connect to on a more personal level. YA fiction need not have intensely elaborate stories, so long as readers can relate to the struggles and triumphs of the characters.

And there’s the list of my least favorite books of the year. Want to share your thoughts? You can leave a comment to let me know.