Thankfully I was able to read nearly all of My 2017 Top 20 Reading List. The only book in the list that I failed to complete is James Joyce’s gargantuan classic Ulysses. I found myself reeling at every twist and turn of the book that in the end I had to shelf it in the meantime. However, I will still be reading it in the future, when I feel like I have the machinations to delve in a classic novel like Ulysses.

Carrying on from 2017, I have created a list of 20 books that I am looking forward to in 2018. Moreover, this Top 20 reading list will now become part of my yearly tradition. In my aim to complete as much books in the 1,001 Books You Must Read Before You Die, my 2018 list is comprised mostly of books that are part of the list. The list is mostly of classics although I have interjected some contemporary works as well.

Without further ado, here’s the list of my 2018 top 20 reading list. Please note that because of its length, I have cut it into two parts.

“The Booker of All Bookers” 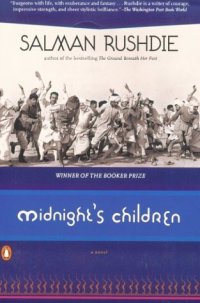 Synopsis: “Born at the stroke of midnight on August 15, 1947, at the precise moment of India’s independence, the infant Saleem Sinai is celebrated in in the press and welcomed by Prime Minister Nehru himself. But this coincidence of birth has consequences Saleem is not prepared for: telepathic powers that connect him with 1,000 other “midnight’s children” – all born in the initial hour of India’s independence – and an uncanny sense of smell that allows him to sniff out dangers other can’t perceive. Inextricably linked to his nation, Saleem’s biography is a whirlwind of disasters and triumphs that mirror the course of modern India at its most impossible and glorious.”

As a result of a strange phone call in the middle of the night, Quinn, a writer of detective stories, becomes enmeshed in a case ore puzzling than any he might have written.

Blue, a student of Brown, has been hired by White to spy on Black. From a window of a rented room on Orange Street, Blue keeps watch on his subject, who is across the street, staring out of his window.

Fanshawe has disappeared, leaving behind his wife and baby and a cache of extraordinary novels, plays, and poems. What happened to him – and why is the narrator, Fanshawe’s boyhood friend, lured obsessively into his life?”

The Book Thief by Markus Zusak 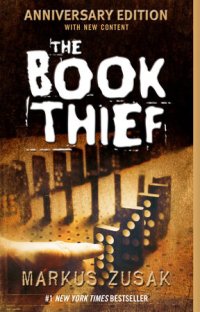 The country is holding its breath.

Death has never been busier, and will become busier still.

Liesel Meminger finds her life changed when she unearths a single object from the snow. It is The Grave Digger’s Handbook, left there by accident at her brother’s funeral, and it is her first act of book thievery.

But these are dangerous times. When Liesel’s foster family hides a Jewish man in their basement, Liesel’s world is both opened up and closed down.” 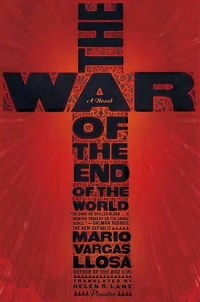 Synopsis: “Deep within the remote backlands of nineteenth-century Brazil lies Canudos, home to all the damned of the earth: prostitutes, bandits, beggars, and every kind of outcast. It is a place where history and civilization have been wiped away. There is no money, no taxation, no marriage, no census. Canudos is a cauldron for the revolutionary spirit in its purest form, a state with all the potential for a true, libertarian paradise – and one the Brazilian government is determined to crush at any cost.”

The Heart is a Lonely Hunter by Carson McCullers 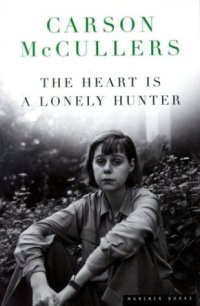 Synopsis: “Carson McCullers’ prodigious first novel was published to instant acclaim when she was just twenty-three. Set in a small town in the middle of the deep South, it is the story of John Singer, a lonely deaf-mute, and a disparate group of people who are drawn towards his kind, sympathetic nature. The owner of the café where Singer eats every day, a young girl desperate to grow up, an angry drunkard, a frustrated black doctor: each pours their heart out to Singer, their silent confidant, and he in turn changes their disenchanted lives in ways they could never imagine.” 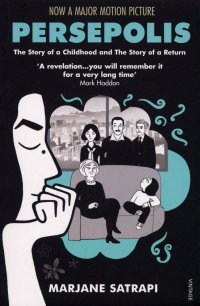 Synopsis: “Persepolis is the story of Satrapi’s unforgettable childhood and coming of age within a large and loving family in Tehran during the Islamic Revolution; of the contradictions between private life and public life in a country plagued by political upheaval; of her high school years in Vienna facing the trials of adolescence far from her family; of her homecoming–both sweet and terrible; and, finally, of her self-imposed exile from her beloved homeland. It is the chronicle of a girlhood and adolescence at once outrageous and familiar, a young life entwined with the history of her country yet filled with the universal trials and joys of growing up.”

Tender is the Night by F. Scott Fitzgerald 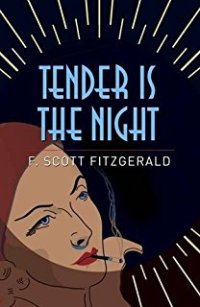 Synopsis: “The French Riviera of the mid-1920s is the new playground for rich Americans, among them elegant heiress Nicole Warren and her husband, ambitious psychiatrist Dick Diver. The Divers’ renowned hospitality brings celebrities and socialites flocking to their villa, but when a starlet called Rosemary Hoyt finds her way into their charmed circle, the consequences are devastating.

Naïve and inexperience, Rosemary sparks the decline in a relationship already destabilized by a dark secret and undermined by destructive illusions.”

War and Peace by Leo Tolstoy 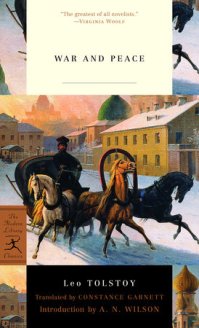 Synopsis: “Tolstoy’s epic masterpiece intertwines the lives of private and public individuals during the time of the Napoleonic wars and the French invasion of Russia. The fortunes of the Rostovs and the Bolkonskys, of Pierre, Natasha, and Andrei, are intimately connected with the national history that is played out in parallel with their lives. Balls and soirees alternate with councils of war and the machinations of statesmen and generals, scenes of violent battles with everyday human passions in a work whose extraordinary imaginative power has never been surpassed.

The prodigious cast of characters, seem to act and move as if connected by threads of destiny as the novel relentlessly questions ideas of free will, fate, and providence. Yet Tolstoy’s portrayal of marital relations and scenes of domesticity is as truthful and poignant as the grand themes that underlie them.”

The Sympathizer by Viet Thanh Nguyen 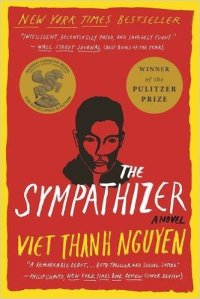 Synopsis: “The winner of the 2016 Pulitzer Prize for Fiction, as well as five other awards, The Sympathizer is the breakthrough novel of the year. With the pace and suspense of a thriller and prose that has been compared to Graham Greene and Saul Bellow, The Sympathizer is a sweeping epic of love and betrayal. The narrator, a communist double agent, is a “man of two minds,” a half-French, half-Vietnamese army captain who arranges to come to America after the Fall of Saigon, and while building a new life with other Vietnamese refugees in Los Angeles is secretly reporting back to his communist superiors in Vietnam. The Sympathizer is a blistering exploration of identity and America, a gripping espionage novel, and a powerful story of love and friendship.” 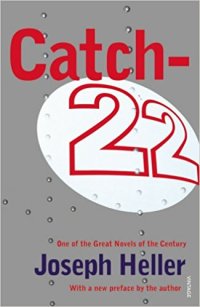 Synopsis: “At the heart of Catch-22 resides the incomparable, malingering bombardier, Yossarian, a hero endlessly inventive in his schemes to save his skin from the horrible chances of war.

His problem is Colonel Cathcart, who keeps raising the number of missions the men must fly to complete their service. Yet if Yossarian makes any attempts to excuse himself from the perilous missions that he’s committed to flying, he’s trapped by the Great Loyalty Oath Crusade, the bureaucratic rule from which the book takes its title: a man is considered insane if he willingly continues to fly dangerous combat missions, but if he makes the necessary formal request to be relieved of such missions, the very act of making the request proves that he’s sane and therefore, ineligible to be relieved.”